MeikoBot is a bot primarily tasked with logging wiki chat on Brickipedia. The bot is operated by Sactage and ToaMeiko and has been logging chat since June 2013. For a list of recent chat logs, see Brickipedia:Chat/Logs. For a list of commands that can be used with MeikoBot see chatbot documentation. <chat />

Aside from logging chat, MeikoBot is capable of performing on-the-wiki maintenance, cleanup, and other various fixes to articles. Common uses include, but are not limited to:

The following table documents different commands and their uses with MeikoBot in chat:

Any bugs, requests or other needs regarding this bot should be made to ToaMeiko.

For a list of chat bot commands, see #Documentation.

This bot creates logs based on the wiki's time zone (UTC), therefore logs will be placed on the default date and time that the wiki is set to.

The original chat bot source code for this bot was originally created by TheMachine.Wiki, and now runs on a client made by Sactage.

MeikoBot's avatar was made by CM4Sci in LEGO Digital Designer.

If this bot is malfunctioning and causing direct harm to the wiki, use the button below to shut it down. It is highly advised that instead of shutting it down yourself, you contact ToaMeiko about it. This bot should never be out of control, as it is directly monitored constantly, and does not perform any tasks that could potentially cause harm to the wiki. 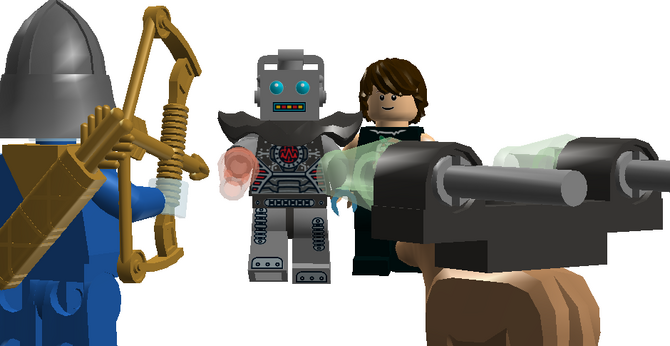 The Battle of the Bots — by Awesomeknight1234, depicting MeikoBot and LUWikiBot
Retrieved from "https://brickipedia.fandom.com/wiki/User:MeikoBot?oldid=1494995"
Community content is available under CC-BY-SA unless otherwise noted.