I made the entire continent of Lordaeron and Quel'Thalas, currently working on Khaz Modan, and I'm probably going to do Azeroth afterwards. I will need your help with Pandalandria and Northrend though. Irnakk Council For Lordaeron!

Oh, well, I'm not here next hour... I am here after 3/4 hours though. Irnakk Council For Lordaeron!

PS is back! Irnakk Council For Lordaeron!

(EDIT: Removed you from Stormwind due to griefing and blaming others for it.)

The likes and dislikes information came from the Lego Minifigures Encylopedia so it is official. I previously put it in a "Personality" section and then Brickfilmnut told me to put it in the "Notes" section. So why did you delete the edit that I made? --Be Happy! User:MermaidMelodyFanForever (talk) 10:15, July 6, 2013 (UTC)

If Meiko accepts, would you be able to do Brickimedia news on youtube?, around the same time "boup" started yesterday. Soupperson1 Brickimediaz (take away the z) this is not an ad :P

Hey RaceLord I was wondering is it okay if i make the brickipedia justice league I just wanted to make sure so you don't get mad.

Where did you get this image of Pepper Potts?

I will fix it ~ Saburo

Hey man, sorry for editing LEGO Marvel S.H Video Game page again and again but I heard that you will play as 25 different characters in the core story from this dude and he's trusted 100% : http://www.youtube.com/channel/UC6nvd0h78lplxcaNedHHGHw

He always got news about LEGO Marvel game :) Just watch his videos :D

Hey I was looking at your customs and I was just wondering how you center you minifigures when you take the picture. I tried but mine didn't turn out so well. Thanks for you time, and I love your customs. TheBakonBitz My Talkpage 21:47, August 10, 2013 (UTC)

Can you make me?

On your RaceLord page you have the team at the bottom could I be part of the team?

Excuse me but I have noticed that you have been editing Laval and Skinnet's wikia. Please don't keep changing my work. I don't know what is wrong with it. I know basically everything about Legends of Chima because my brother is a huge fan. Why do you keep changing my photos? Please keep my work untouched. Thank you GymnastE13 (talk) 22:28, August 28, 2013 (UTC) GymnastE13

Racelord, dont leave my TBM variant of under "regular" on your custom page. It works better under "racer" Saburo954 Chit Chat Night Club

The Ninjago names are also a bit ridiculous, but at least they fit. Chima's started out pretty cool/unique, but have since become random and absurd. :P -- Jeyo Lord VladekTalk The Forge 09:05, September 11, 2013 (UTC) 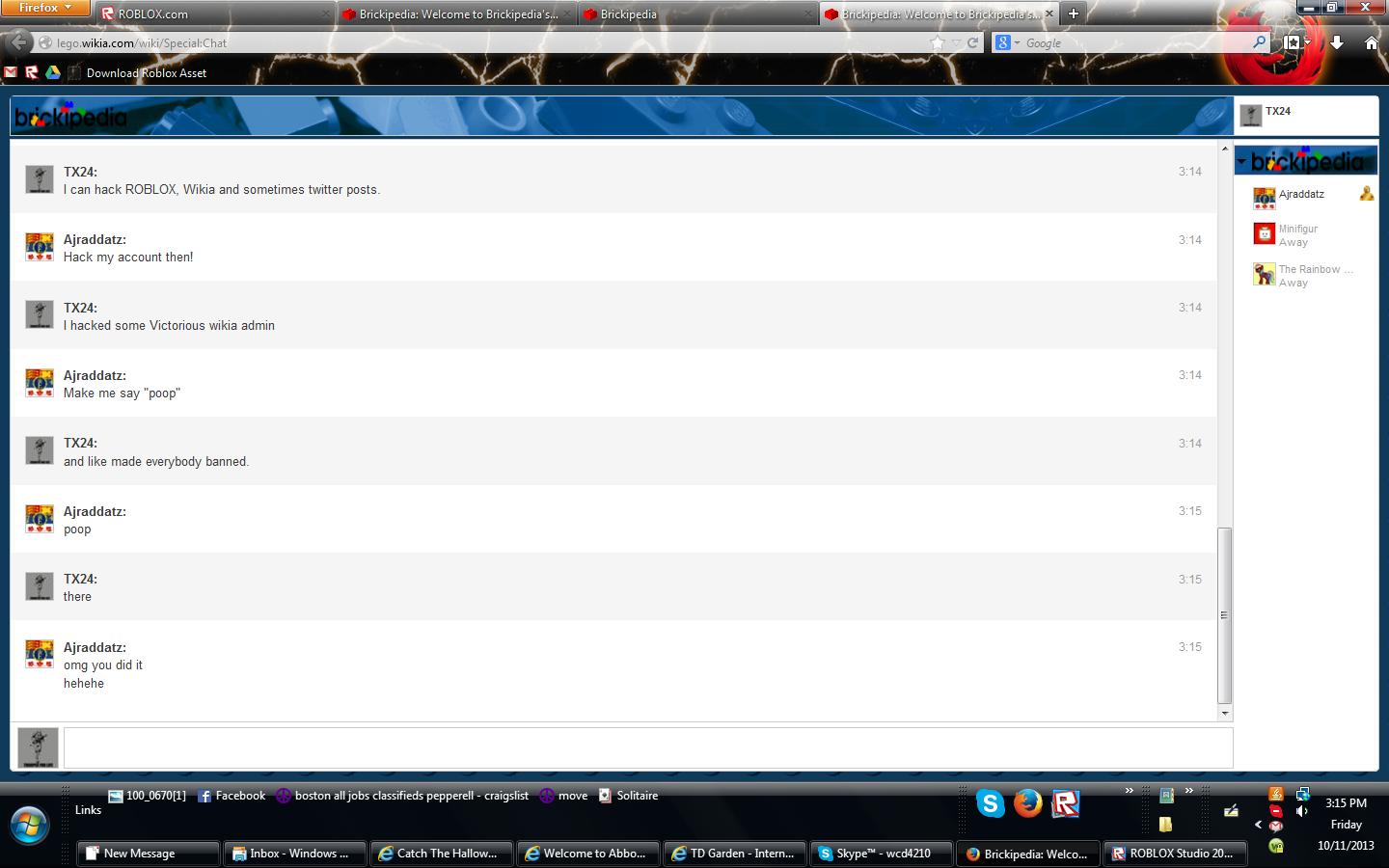 Spider-Man727 (talk) 19:00, October 20, 2013 (UTC)Hey dude could you please stop changing titanium man to unknown character here is proof that he is titanium man look at him and compare this to his character token

Hey RaceLord. I found some videos regarding LEGO Marvel Super Heroes achievements and side missions, as well as open world gameplay. Since you are mostly in charge of the page, and I don't want to watch all of them because of spoilers, I figured I should let you update the page with this new information. Oh, and I hope you enjoy the videos as well; the open world looks great! BrickfilmNut (talk) 01:59, October 22, 2013 (UTC)

A couple of others. This one has some neat cutscenes, even if the gameplay is all "old", and this one shows some cool Galactus and Fantastic Four clips! BrickfilmNut (talk) 03:19, October 22, 2013 (UTC)

You need to get back on Minecraft. Irnakk Ash nazg Talkpage One Ring To Bore Them All.

When will the DLC with Scarlet Spider,Grey Hulk,Doctor Doom (2099),Beast (Astonishing),etc will launch? Because you posted the DLC characters at the characters section of LEGO Marvel Super Heroes The Video Game.

When you update an image the preview always takes a few minutes to display properly. So actually it probably did work ;) 23:31, December 14, 2013 (UTC)

So you're bullying me now?

Can I ask, why don't you think the lex Luthor note belongs there? I agree, it doesn't belong in the place it originally was, but why not in the note section? I believe it has some significance. BrikkyyTalk Extras!

Characters are from game files. Dalvus

Use this [[2]] and add characters in collection.txt

I see what you're doing. Haha, Well alright then, I'm going to be bed. See you later Batman! (Insert Random Weird creepy laugh)

Uhh... I think I'm having some issues viewing the site (the skins acting all screwy). Am I the only one or is this because of Brickimedia?

Thank you for telling me about putting LDD images on articles. I would've wasted a lot of time adding pictures that other people would have to remove afterwards.

I see where you're coming from, removing LDD pics from minifigure articles, but not parts articles. I feel that if a part is featured on the LDD, then that deserves to be shown in the article and/or gallery. If this is in violation of any sort of policy, please let me know, but I think a part's presence on the LDD is notable in the part article. --Readingrancor11 (talk) 04:01, January 20, 2014 (UTC)

Hi there, I'm just wondering why you keep editing Luke Skywalker to not have the tabs that I had added to the article. I have posted a forum in Brickimedia and they think it is a good idea. Newsbreaker123 (talk) 22:51, January 23, 2014 (UTC)

Can you point me to the policy or whatever about adding LDD pics to articles please? I just wanted to read into it and see what I can and cannot do so I don't do anything else I shouldn't. --Readingrancor11 (talk) 16:42, January 25, 2014 (UTC)

I was wondering could you possibly make me a mech? If so I kinda want it to look like a giant penguinish mech with a penguiny head and penguin colors, and a machine gun hand,

Retrieved from "https://brickipedia.fandom.com/wiki/User:RaceLord/User_Talk_Archive_3?oldid=1608822"
Community content is available under CC-BY-SA unless otherwise noted.