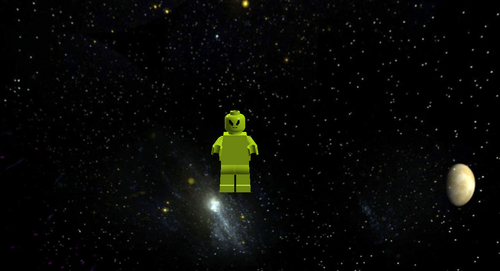 I'm a LEGO fan(DUH!), I mostly like Technic, but the bricks are great too. I can be found on many different wikis, but mostly in the Gaming community.(As I'm a Die-Hard gamer, if there's a game I can't find in stores, I buy it online.) But I do get out of the house, about 3 hours a day. My favorite theme is Hero Factory since it fills my Sci-Fi needs. My second fav is Heroica. 3rd fav is BIONICLE. I like Ninjago too, but I much rather prefer the previously mentioned theme as well as a few 2000-2009 classics.

Pilot S.D. is a Space Force member and ace pilot. He is a bit of an adrenaline nut and is one of the LEGO Universe's best. He is part of it's air/space force. Any Alien minifigs tremble at the very mention of his name. He and his robot companion Cryo are the pilots of the legendary NOxT starfighter which was found in the ruins of Atlantis. His latest mission is to use NOxT's systems to find what might have been left of the Atlantis civilization in the universe, in order to help the Golden King recover his empire.(Because of the fact that the Golden King mentioned an evacuation from the city, because of seismic activity.)

Retrieved from "https://brickipedia.fandom.com/wiki/User:SpaceDude?oldid=947095"
Community content is available under CC-BY-SA unless otherwise noted.