I'm not Lego Monkey Island, I just really support his work. And currently on Lego Ideas, he's got four awesome product ideas which I think need all the support they can get: 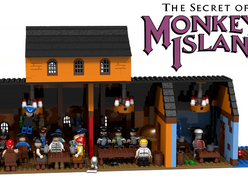 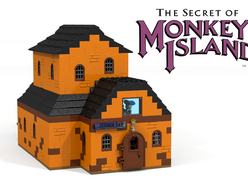 Exterior shot of the set 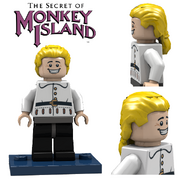 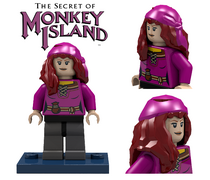 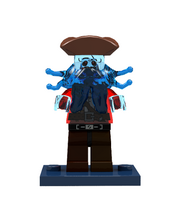 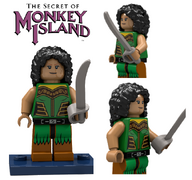 Carla the Swordmaster
Add a photo to this gallery

Stan is an eccentric salesman characterised by his over the top arm gestures and big mouth.

Stan's Previously Owned Vessels was the name of the business operated by him, located on Melee Island, in The Secret of Monkey Island, which this set is inspired.

He is one of the most frequently recurring characters in the Monkey Island Series, having made appearances in all five games. 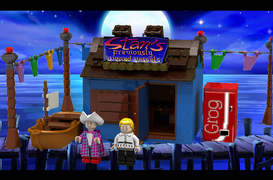 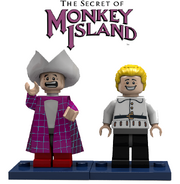 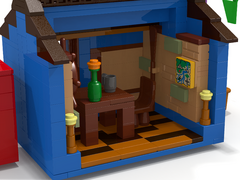 Inside the set
Add a photo to this gallery

Sam & Max were created by Steve Purcell and debuted in a 1987 comic book series. Then, they have since been the subject of a graphic adventure videogame developed by LucasArts in 1993, called Sam & Max Hit the Road.

This set represent the DeSoto Adventurer. The DeSoto is Sam's car in the Sam and Max universe. It's a limited number model of car from the 1950s-1960s. It is a hardtop in all appearances except the Telltale series.

This set includes the minifigures of: Sam and Max 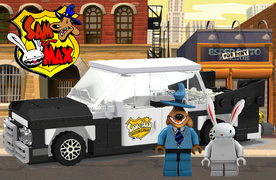 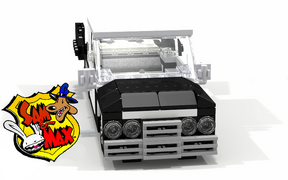 Front view of the DeSoto 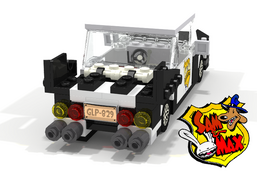 Back view of the DeSoto 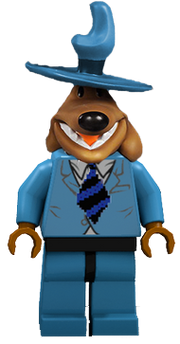 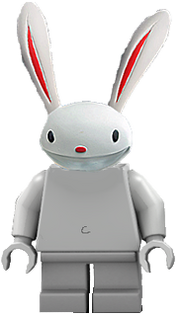 Max
Add a photo to this gallery

Monkey Island 2: LeChuck's Revenge is an adventure game developed and published by LucasArts in 1991. It was the second game of the Monkey Island series, following The Secret of Monkey Island.

This set is based on one of the most fun parts of the game: the costume party at Governor Marley's Mansion. And this is my representation of the mansion.

This set includes the minifigures of: Guybrush Threepwood (version pirate and version with costume), Elaine Marley, The mansion's gardener, and The mansion's chef. 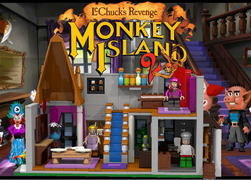 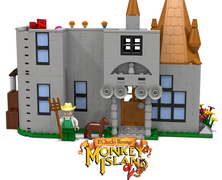 Other side of the set 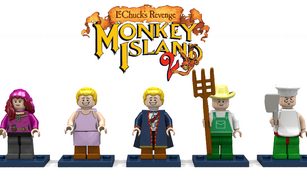 Minifigures included
Add a photo to this gallery

So if you guys could take the time to give this man the support he needs, we can see these awesome sets come to life.

Retrieved from "https://brickipedia.fandom.com/wiki/User_blog:Joey.turner.921/Advertising_for_Lego_Monkey_Island?oldid=1955057"
Community content is available under CC-BY-SA unless otherwise noted.