As a promotion for the 80th birthday of LEGO (wow) if you go into any LEGO store and spend $50+ you will get a free cake to build!!! The promotion runs from August 1st-10th. Finally a good piece of LEGO food…. 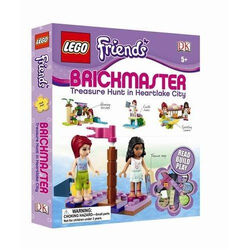 Yes it is true for you Friends fans, the Friends Brickmaster book is now available for preorder at Amazon.co.uk. The set Preorder yours here: [3] 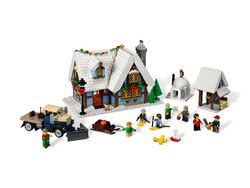 It’s that time of year when we seee the year’s official ending set in the Seasonal theme. This year it is 10229 Winter Village Cottage which contains 1490 pieces and will cost $99.99 for the US and €89.99 for the UK. This looks like a great set might one myself might have to get… 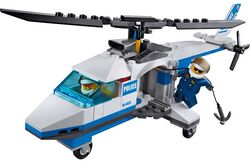 Argos.co.uk has accidentally leaked an image of the future City set 4473 Police Helicopter (like we need and more helicopters). A user at Brickset found the image and has posted it here for everyone to see: [6] 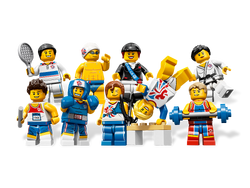 Now at Amazon.co.uk you can buy a complete set of Team GB minifigures for €27.99. This insures that you will not get any duplicates and will definitely get all those Olympic athletes. 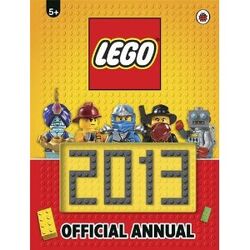 The 2013 official LEGO annual is now available to order at Amazon.co.uk for €5.99. Buy yours before they sell out! 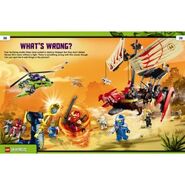 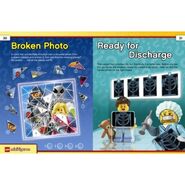 Recently Warner Brothers has hired some artists to create some artwork for the upcoming Lord of the Rings video game. All I can say is very well done.

Series 8 website is now up and running! Looks like a great series that I think most are excited for. Also on the website a new music video is up called Brick of Dawn. Wow this is a great week for news...

Finally. On Amazon.com you can now order a revised edition of The LEGO Book. Wow this looks a lot better... 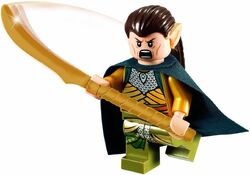 Recently a French site reported that if you buy a LOTR Video Game you will get a Elrond minifigure with it! Since so many have told me this thanks to everyone that has! 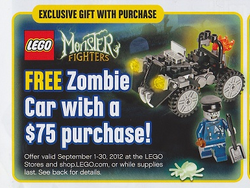 If you spend $75 plus dollars on LEGO.com you will get this set free: 40076 Monster Fighters DTC GWP.

Retrieved from "https://brickipedia.fandom.com/wiki/User_blog:Klagoer/News_blog_1/8/2012?oldid=1081045"
Community content is available under CC-BY-SA unless otherwise noted.