With Celebration VI currently going on, lots of Star Wars information has surfaced, here's the rundown:

The LEGO Star Wars Visual Dictionary 2014 was announced today. Wonder who the Exclusive Minifigure could be...

The Title Says It All. 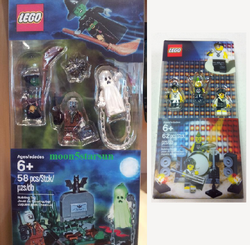 Recently, a user by the name of Hulk_Smash has been posting what the 2013 Super Heroes sets are, saying that he has seen the preliminary 2013 Catalog. Here's what he said: "I have seen the catalogue and can say that we are getting the camo tumbler and The Bat, and The Bat boat with white Batman, Mr Freeze and Aquaman. As for Spiderman we are getting the bugle with the beetle, JJJ Spidy and Dr Doom in a big plane. There is also Spider man Chase (think that was the title) with Spidy, venom and nick fury in a car (that looked like it was flying)"

Retrieved from "https://brickipedia.fandom.com/wiki/User_blog:LSCStealthNinja/News_blog_25/8/12?oldid=1098550"
Community content is available under CC-BY-SA unless otherwise noted.