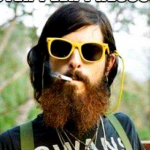 Basically, constant trolling, disrespect, and the ignoring or mocking of other users' and moderators requests and warnings. -- Jeyo Lord VladekTalk The Forge 00:53, January 25, 2014 (UTC)

Not until you've learned from you mistakes, which so far, it appears you haven't.

That makes no sense whatsoever.

Retrieved from "https://brickipedia.fandom.com/wiki/User_talk:AnthonyGuy?oldid=1571317"
Community content is available under CC-BY-SA unless otherwise noted.