Whoa, anyways, anyone wanting to chat to me, please come to my wiki. You know where it is. All who want to chat with me: http://meta.brickimedia.org/wiki/Special:Chat (Brickipedia channel).

Sorry, I usually try to keep conversations together (which is why I prefer message wall actually, both sides of the conversation get notifications, whoever's wall it is). I can fix the page for you :) -- sannse (help forum | blog) 21:39, May 10, 2013 (UTC)

I've been determining possible characters for you to voice in the Ninjago film, so I will put up choices soon. Do you have a YouTube account?

I'm sorry, I meant to message someone else.

I could chat ~ Saburo

Are there aliens in your space theme and are you allowed to use physical pieces?

Is this making sets or a theme and a storyline.

Just to let you know, your chatban is because you partook in the impersonating and trolling with CM4S, however not to the extent he took it to, but that's why your ban is much shorter. The second reason is because you were feeding all information from Brickipedia chat to CM4S, which shouldn't be don, given the fact that he's banned, thus he shouldn't be seeing what's going on there in chat. It's only two hours. Feel free to come back then, or tomorrow during the day. --ToaMeiko (talk) 01:40, July 17, 2013 (UTC) 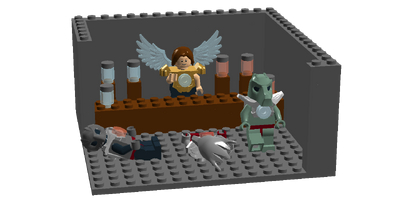 Here is your Chi store.
Red Chi = Bad, Blue Chi = Good.
You have so much Chi in you, you now have Chi Wings.

For your new theme you should make Brickipedians as Morcians. If you are could I be a Wizard?

The main reason that chat doesn't work for me is that my dad doesn't like it (although for what reason I'm not sure), and I have to go to him before signing onto other websites. But I can get away with a private message wall on MOCpages, he doesn't know they exist. --Jay 18:22, August 7, 2013 (UTC)

Hey Knight I was wondering how do I make it so my LDD focuses on one thing?

The Figs Are Done

I didn't know you had guidelines for your minifig, so it doesn't really look like how your guidelines said, but then again, everyone needs things a little mixed around. DK86

Question, is Boup for COTM a serious nomination?

Hi, I've awarded you the following award for your LoTR review

For more information on these awards, go here.

I heard you like Knight's Kingdom AND Castle 2007, so i got an idea.

Want to help me make a custom theme?

You know the Asgard level in Marvel Super Heroes? The one revealed at E3? Well, as I was I was trying to find out who exactly I was playing in the skydive-entry thing, my sister, who did not have to be looking at the players, was looking at the surrounding objects. I saw a flash of blue, and heard a telephone ring. Instantly she explains that it's the Tardis.

I will hopefully pay better attention next time.

(There was a Mario Kart reference before that too.)

hello i made a sniper rifle bythe legogunner1990 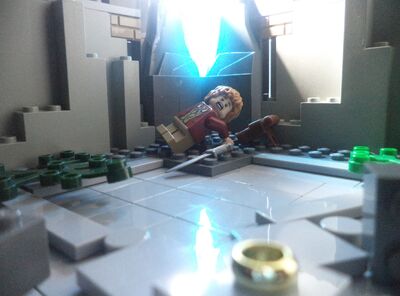 Customs. My phantom ninja is no custom. Watch just2good eurobricks and there will be a link to the updoming figire and novel. Barnesandnobels has the info. this is no CUSTOM!

If you wanna enter the you contest you better hurry up! It ends tommorow!

How do I get the torso that you have on your pirate fig?

Please PM on chat and walk me through it.

Basil is not yet introduced, I (vultyre) am the main bad guy, and soon nightlord will be hired by me. -- King Kahuka | Blacktron Council | Fleet Academy

Well, I do not know. In fact, I see multiple people use decals that I have not ... Thought fose an update.

I have decided it is time to attempt to breath new life into Ca$h Cow's bloated, mummified, beefy remains. And I will gladly accept your assistance if you would like to contribute, of at lest give me permission to use any of the Ca$h stuff you made up.

Oh Ha ha, no I'm not summoning a demon, and I could use a little less sass on your part. Look, I just feel like since Cligra left the whole Ca$h thing just needed a little closure, so we can then set it on fire and agree to never speak of it again. Is that ls much to ask?

I was actually going for the "rebel without a cause" angle, Ca$h Cow coming out of exile to find redemption as the cowmasta's regime crumbles and an uprising starts?

Can you come back on chat?

I dunno. I'll probably be at both places. :P

I am planning to contribute to both websites.--

I am going to start the discussion about the new name in months to come.The wiki needs to fully recover from the move before we start discussing something major like a name change.--

I wrote the Trebusians as something similar to Uruk Hai because that was all I had for visual representation. If I was not limited by that. Trebusians would have dark red skin, wirey black hair and short tusks from their cheekbones. They would wear grey rags as a base and light brown leather armour on shoulders, arms and legs. Also, I imagined they would walk with a hunch, being labouring drones; because of this, I think they should have long arms to sprint on all fours.

Good Question. I think their should be an even number of hunched and tall Trebusians. The society of Trebusia should be close but divided; Some Trebusians are strong, upstanding and tall while others are more labouring and downtrodden. The strong Trebusians do not command the smaller ones yet the smaller ones have a worse living condition. --From the desk of Br1ck an1mator 13:32, March 16, 2014 (UTC)

Could you give me a link to the pages that were not deleted?--