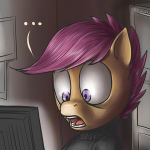 You do know admins arn't XOs they just have more responsiblities and are to be exaples of good users. Therefore they kinda are leaders in that they should be role models and rolemodels people follow... Responsibilties like cleaning vadal junk, enforcing wikia rules like COPPA stuff and junk, protecting pages, welcoming new users, keeping the wikia going, making sure everything is up to standards ect. The only leadership thing is that because they are elder users and are respectible they should set example for younger users and also should help them (therefore leading them) into how to be excelent editors, as their civic duty to the weaker younger less knowlegable peple who just started and have no clue the diffrence between a backspace and a return button. Fell Skyhawk

You're right. I'm not the leader of this. I don't see myself as a leader. With XO I exaggerate the fact a became an admin. The second man after the captain (Darth smith). I have more rights but still intrested in other users oppinion. Everyone is free to do as much vandalism (= edits ;-]) as he/she like. If other users say this is content, it is content and so would stay in here. May be I should delete this site. --Bahnpirat 10:34, 13 December 2007 (UTC)

Hello :),
Recently I've noticed a lot of articles relating to people and events that are fan-based and not really "canon" or "in-universe" (not really sure if you can call lego this, but basically i mean those directly related to lego sets, minifigures, themes, etc). I'm just worried about the wikia kind of becoming one that is overtaken by these events and not really focusing the lego itself. would it be all right for me to create a template to say that they're fan-based articles and categorize them as well? thanks, NightblazeSaber 04:20, 3 May 2008 (UTC)

I know what you mean. Is this wiki just about LEGO bricks or also about the LEGO wear (T-Shirts etc.) and video games. Plus there are the fan art which is not orginal LEGO but made of it. Brickfilm is one example what I started and is not a LEGO product. There is a special wiki for Star Wars and content is transferd from there to here. This is difficult. I'm not willed to be the controlling master, who decide which is out of this "wiki-universe".
If you like to create a catogory for fan-art...do it. This could also be a template. We all (users) decide what is in the wiki. Not an admin-board or so. I just cleaning up the dishes sometimes.

So feel free to test/sort/play anything and anywhere you like. If there is a problem with protected sites just give me a hint.

Alright, alright - it's all my doing ;D

I do understand what you mean, Nighthawkleader. I think that there is a way for dealing with fan-created content:

1) If it is well-known/critically acclaimed, as opposed to a WIP. For instance, a entry on Dr Sinister's Grunts would be considered okay as Doc has been interviewed on LAMLradio as well as having gained a significant level of critical acclaim especially on quite a few forums.

2)I agree that we should start new categories (plural) for fan created content. For instance, the fictional nation of Lego States I conceived for the BrickArms Forums has been labelled with "Fictional Country" at the top of the custom infobox. I'm planning to create more of these infoboxes with "Fan-created" labels as to discern these from official TLC content.

And oh, just another thought - perhaps one of the admins could produce a "header" template like the ones under Category:Administrative_templates? It could contain text like "The following is fan-created content. Please use your common sense in judging its validity." etc etc. --GreenLead 03:52, 4 May 2008 (UTC)

On another note, shouldn't you be a bureaucrat on this wiki? I thought every wiki needed a bureaucrat, and you're the obvious choice. If you need to be voted in or request it from Wikia, you've got my vote :) NightblazeSaber 09:11, 2 July 2008 (UTC)

Interests change with time. There are still some LEGO models in my room (catching dust). I'm sure there will be no time for me till mid of October. May be then I have time for this wiki. But there are still some higher priority tasks to handle by me. --Bahnpirat 21:55, September 14, 2011 (UTC)

Retrieved from "https://brickipedia.fandom.com/wiki/User_talk:Bahnpirat?oldid=1073036"
Community content is available under CC-BY-SA unless otherwise noted.