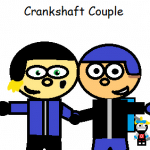 Hello everyone! My name is Toby and I live in London, England. I haven't really collected lego in pre-2014 years. Only a few Spongebob sets and the occasional minifigure. Thats before The Lego Movie came out and I started collecting those sets like a madman. All to create a story of our favorite Master Builders Emmet and Wyldstyle. People could find me milking the bricks out of the Lego section at my local Tesco. You could probably imagine my hype when I found out they were doing another round. Currently my favorite Lego set is the 70808 Super Cycle Chase. My history with Lego DUPLO though: I had a lot of opportunity to buy Lego DUPLO bricks after my little brother Jeremy was born. Despite the range being 2-5, Jeremy considers it as 2-50. I buy him a lot of DUPLO bricks so that he can build up as much adventures with The Can-Do Crew and the Sodor Engines as he possibly can. Was Lofty insulted and thought he was no good? Yes. Did Scoop want to save a whale without anybody's help? Yuh-huh. Did Stanley learn about a far off country from a new forklift of the Can-Do Crew? Si.

Retrieved from "https://brickipedia.fandom.com/wiki/User_talk:BigMickeyNeedsAWoodModel?oldid=1964707"
Community content is available under CC-BY-SA unless otherwise noted.