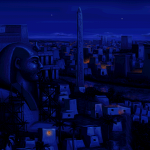 Oh, the hours I've wasted doing nothing in particular on that game. Trying to do stunts in planes with rock music blasting in the background is hours of entertainment :P ~ CJC 20:31, July 8, 2012 (UTC)

And your blog comes up with: Service Unavailable
Error 503

Well, to be honest I'm kind of got my hands full with my current game project... Sorry, but I don't think I'd be able to contribute much even if I did join, with everything I have going on right now I'm pressed for time as-is. Good luck though. Jamesster.LEGO (talk) 19:02, 7/24/2012

Yeah, I've been checking the site and downloading the new ones every few days. Pretty useful, good for sourcing information and getting new info from magazines I don't physically own yet. Jamesster.LEGO (talk) 15:05, 8/14/2012

Well, when inside, the background flashes blue. It's really annoying. Also, I have trouble clicking things. I'm unable to build a Jet Ski because of it and it takes 10 minutes to build anything else because it often won't select. Other things are hard to click as well. BF2 Talk 15:12, August 31, 2012 (UTC)

Click on the Start menu, all programs, the LEGO Island folder, then open "To configure LEGO Island". In the window that pops up, click "Advanced", then choose a graphics mode other then Direct3D HAL, I find Ramp Emulation works best for me. Jamesster.LEGO (talk) 15:23, 8/31/2012

I'm not sure if compatibility mode even does anything to help LEGO Island run (I've never needed it), so maybe try disabling that? Anyway, I don't use the autoplay menu with the jumping Infomaniacs to launch the game, mainly because I run the game without the disc by adding the disc-only files to the hard drive: http://www.rockraidersunited.org/topic/2865-run-lego-island-diskless/ Then I just launch the game with either isle.exe or legoisle.exe (I'm not sure what the difference between the two executibles is, they don't seem to function differently). Jamesster.LEGO (talk) 17:10, 8/31/2012

Ah, thought so. Yeah, you'll need to download that and put it in the same folder as the EXE files. I'd send it to you directly so you wouldn't have to find a download, but I'm currently in a car using an iPhone for internet access... Jamesster.LEGO (talk) 17:58, 8/31/2012

That's most certainly not d3drm.dll, I'd delete whatever you just downloaded right away if I were you, sounds like malware or something. Did you click on an ad instead of the real download? Jamesster.LEGO (talk) 18:18, 8/31/2012

Just looking at me talk page, and noticed I didn't reply to you're message about the game. Yeah, I'll happily help!

Not really either. I would prefer to use C# though. (I'll happily learn something if I need to!) (By the way, I ought to say that I can't commit too much time to this - school and stuff.) - nxt

Long time no see. Even though I am no longer editing here either, I hope you get this message. I see you've got Admin. Congrats man. Got it before me. Ha! Classic Mario right there.

Mind if I talk to you again? Have a skype? Mine's my user name here.

Thanks for all the good times.

Yeah it's me. You replied you quickly. :) Hmmm...have a Facebook?

Speaking of, is Agent Chase still around?

Huh, that's strange. The only time that's ever happened to me is when I was forcing the game into wireframe mode, I've never encountered it during normal gameplay. Maybe try lowering the graphics settings? I dunno... Jamesster.LEGO (talk) 20:59, 9/26/2012

Was that picture of three animated figures you uploaded, from your game you are making? If so, can you tell me more about it? Darth henry The Dojo Turtles! 13:36, April 22, 2013 (UTC)

BB from Life on Mars

Hithere! I don't know if you'll answer, but there I go: I noticed that back in 2011 you included the informations about BB from Life on Mars being a child from a storybook from Space Port. I'd love to know more about it, could you be more precise? What storybook is it?--Kombatgod (talk) 22:45, August 14, 2013 (UTC)

Don't think I didn't notice you in the activity feed. ;)

Just wanted to stop by and ask how you've been, if there was anything you've been doing lately worth while? No need to respond if you just stopped by and don't have the time, just wanted to let you know I was thinkin about you earlier before you logged on. xD Anyways, seeya around hopefully. :) -NBP 03:08, August 18, 2013 (UTC)

I finished my bag of cookies this morning, I was worn out from getting up early. :/ Nice to see you're still applying your talents online, you were always a very hard worker. That will be good for you whether you're on Bricki or anywhere else. I haven't been building as of late either, but I have sorted through all my pieces. I did them a couple years ago when I had more time, but they all got mixed up again. So I've been spending my summer working on that. Almost done, just got a big tub full of them left! Once that's done, I'll probably build something nice. Anyways, thanks for the response, glad to see you around every once in a while. :) -NBP 03:27, August 18, 2013 (UTC)

Hi, thank you for your recent edits and creations of magazine articles! I realized that the images you used were scanned and uploaded by a member of Rock Raiders United forum. To ensure that these files are used properly, it has been requested you give the source of these files on the File page on the wiki as Rock Raiders United forum, and link to the post you got the scans from. Thanks, ToaMeiko (talk) 05:12, September 5, 2013 (UTC)

That is a hang-over from when I was trying to get the uploader to force you to add licenses and categories. I'll remove it from the template now :) ~ CJC 19:51, September 5, 2013 (UTC)

Re: We still need you

You're gonna' hate this. :P I've actually been spending a large portion of my free time practicing Blender, and learning Unity. Since we last talked, I've become much better with Blender, I've learned most of Unity's interface, and I've studied C#. I'd absolutely love to help with BoP again, but time is even more of a problem now. I've been working towards publishing mobile games for over a year, and now that I'm getting closer to being able to, I think it'd be foolish to suddenly go and spend my time on a volunteer project. Maybe I'll come model something for you guys eventually, but right now, I don't think it'd work. Thanks for the offer, though! :) Drewlzoo

The BP:MOS states "Background: Text that describes the background of the minifigure/character in its respective fictional universe (keep it short and simple). This should be written in the past tense." ~ CJC 17:43, September 11, 2013 (UTC)

Which ones exactly? The category ones? If so, I sometimes remember to add another category a bit after the first one. -Legoboy 18:19, September 12, 2013 (UTC)

They are just built in to the template as I assume its easy to make a link to them (they use a standard format). Bricklink splits up how categorises, which would make the automation harder. Brickpicker is because they were meant to link to us in return I believe. ~ CJC 21:31, September 12, 2013 (UTC)

I think that it needs a storyline (if there is one) but other then that I think it would be good. Now, if there is no storyline I will change to a support. Klagoer

"I'd wager that I'm the best builder out of any active users on the wiki. No, minifigures that aren't special (don't have custom parts, unique uses of parts, etc...) don't count as creations in my book. No, a background really has to be a background. And HERO Factory MOCs that are just the standard hero frame with standard hero armor and standard hero weapons and heads don't really count in my book - it's just a mix and match. " You might need to rename that to "one of the best builders", because I'm here. :P Not saying I'm the best one, but I do more than the things above, and do pretty good at it IMO. (Also, ToaMeiko -- oh wait, he's inactive now.) (Oh, and I see you posted minifigs as custom pages too.) --Jay 19:05, September 18, 2013 (UTC)

Here are our naming conventions, but I'm not sure how much of a help that will be. Brickset also uses "Supplementary" and "Classic" though I'm not sure how official either of those are. Basically, I don't know. :P --Berrybrick (Talk) 18:48, September 23, 2013 (UTC)

I noticed someone had written in it.

Was that your old magazine? Or someone else's that you got?

Response to System i Leg/ Classic

So, about Pov-ray, can you link me the LDD to Pov Ray thing as a message to my talk page, i need to get it so i can have the instructions on my grannys computer.

Not extra important but whould make life about 70% easier.

I have the key in my blog. I never said it had to be on a talkpage

These images should be removed.

Please remove these images. There are alot more User blog:The Rainbow Dasher/You guys are all really characters from MLP. They have nothing to do with the wiki nor LEGO, so it must be removed. -User:King Kahuka

Retrieved from "https://brickipedia.fandom.com/wiki/User_talk:BobaFett2?oldid=1702187"
Community content is available under CC-BY-SA unless otherwise noted.