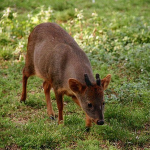 Some LEGO Ultimate materials (if give permission)

Now that my custom LEGO Ultimate was deleted for no poster and using unoriginal content without pernmission from the other users.

1.The main characters and new abilities with permission from User:SpongebobAtnight for his custom Custom:The LEGO Game.

2.Levels based on Alien Invasion on Brickerovia with permission from Custom:The LEGO Movie: Rise of Hypaxxus.

3.Names for some red bricks with permission from User:LEGOBennyBrick3 for his custom Custom:LEGO Dimensions 2: The Ultimate Mashup.

Do not delete it!

See? I must to protect my custom to not be deleted again and be a acceptable custom.

I just got to ask why you used my content on my custom videogame? There's something that feels wrong on you taking templates and ideas (such as the level order going similar to mine's). I'm not saying you should be banned or punished, but it's like uh...my hard work on something taken? Like fanfiction, or so? I'm sure you understand, can you tell me why you used my content?

But sire, can you please add Steven from Steven Universe as an unlockable character for LEGO Ultimate? EmmonicHedgefox (EmmonicHedgefoxX-Treme (talk) 03:50, July 24, 2016 (UTC))

I will answer your questions:

Some Ideas for LEGO Ultimate

Hey bro, everything on the LEGO Dimensions Year 2 DLC stays until it's released? Bro, had some ideas, can you add the Trivia for this: The Mansion of the Heroes combines a mixture of The White House (the look on the Outside), the Batcave (inside, the Living Room), X-Mansion (the Portal Room), Elsa's Castle on the inside (the Kicthen and Spell rooms) and the Iron Man Hall of Armors (the Customizer Room). In addition, like newer WWE videogames, you can create many characters but up to 90 quintilllion in a zillion ways.

Hey User:EmmonicHedgefoxX-7, I see you that update the main hub, and thanks for the voice acting, but where's the voices for every characters (Both licensed and original LEGO themes)

Okay, that's gonna take a long, LONG, LONG time for me to do that.

Not only minifigure characters, you can add voices for Fabuland, Belville, BIONICLE, Life on Mars, Jack Stone, LEGO Games, Toy Story, Cars, Friends, Mixels, Disney Princess, Minecraft, Elves, The Angry Birds Movie, TECHNIC, Hero Factory, DUPLO. Galidor and Clikits characters. But I have one request: Will you please REMOVE Sonic the Hedgehog as a DLC character and make him unlockable along with the vehicles from the Level Pack and make them purchasable in the store instead? In addition, please REMOVE Finn, Jake, LSP and Marceline as DLC too and make them purchasable in the store instead along with the vehicles and gadgets from Adventure Time. Sonic's role in LEGO Ultimate should be much larger. Okay, I thunk thw voices are: Ashley Tisdale- Blue Cheerleader Bill Fagerbakke- Patrick Vvyan Pham- Her role idk her name Carlos Alrazaqui- Roger C. Smith- Black Futuron Spaceman Phil LaMarr- Knuckles the Echidna Carolyn Lawrence- Sandy

Now you should add the quests for every theme. The quests are one of the mechanics from LEGO video games, where characters give the player to complete the objetive in every place. Can you add the quests?

You said that the Mansion of the Heroes have a kitchen, what is the description for this room? because I don't know

What are the combinations in The Mansion of the Heroes?

I have see that certain rooms are based on several locations: The White House (outside), Batcave (Living Room and ), X-Nansion (Portal Room and Level Room), Elsa's Castle (Kitchen and Spell Class), Iron Man Hall of Armors (Customizer Room), Hogwarta Classroom (School) and Hawaii (Relaxing Room), I have edited the trivia, but what's room are based on locations?:

These rooms are based on locations that you been choose, right?. Because you finishing the Mansion of the Heroes.

You are going to add the description to Disco Room, The Car Garage, Repair Room, The Garden, The River and the Sports Arena.

Ask him to stop editing your customs. His edits appear to be helpful edits, but clearly you do want them. If he continues let me know.--Toa Matau Destiny 00:18, October 25, 2016 (UTC) Can I please edit? I'm gonna help you.

No! because you're editing the wrong custom! So, you can't editing anymore and your deserve is a punishment

Because it'll be much darker for Reason 3, 1 is for more voices.

Express your opinion on the matter.