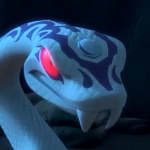 Please don't create a custom article with no proper image, and don't remove content from pages. Thanks! —Unsigned comment by Cligra (talk • contribs).

Please don not add official images to a custom article as your ideas need to original and not copied, also if you own the minifigure yourself it would probably best of you took an image of it rather than using the official LEGO.com image.Clone gunner commander jedi talk 19:40, July 18, 2012‎

Greeting's Clone gunner commander jedi! I am happy to tell you that I have replaced the Lego.com image for Custom: Starslitch with an image from one of my Lego Minifigures Showcase stories on Lego.com. I will try not to make the mistake of creating a custom page with an image of an official Lego Minifigure.Chakorchanning

Just thought I'd tell you there's a better way of getting images of your creations on LDD, press ctrl and "k". Just thought I'd let you know - CzechMate 10:01, September 26, 2012‎

Contacted GN about this issue too.

GN made 409 edits to LLOC and 549 to his new wiki. You made 619 edits to your own. It appears both and James and Toa do not have an interest in maintaining the Wikia project and are exporting to BrickCraft. Due to that, I am thinking you two could move to co-adopt so that the both of you (with the credibility of your edits related to Chima and having experience founding your own Chima wikis) could both be bureaucrats of the original September LLOC wiki.

It is my hope that if this is done, the wiki, while perhaps it might mention Brickcraft, would not solely serve as a corpse used to advertise it for others. Also hoping that the shorter 'Chima.wikia' URL might be made use of as the primary URL as opposed to a redirect to LLOC.

Do you think the administration of November LOC and January CL could co-conspire to control September LLOC and consolidate/merge the information on C? +Yc 15:21, January 7, 2013 (UTC)

Hey Chakor Channing! I noticed you just created a new custom theme and I just wanted to notify you that this wiki, customs, reviews and all, will be officially moving to a new host; our own site. The customs section of the new Brickipedia is now complete and open, with new MOCs being posted there already. As this wiki will be pretty much deserted after Thursday, it'd be great if you could come too, moving with the rest of the community. :) -- Jeyo Lord VladekTalk The Forge 19:49, April 16, 2013 (UTC)

Retrieved from "https://brickipedia.fandom.com/wiki/User_talk:Chakor_Channing?oldid=1414134"
Community content is available under CC-BY-SA unless otherwise noted.