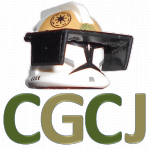 Clone, why do you keep forcibly removing yourself from others' sigfig lists? It's not a very sane admin-like thing to do. Just because you can remove yourself doesn't mean that it's your right to do that. You need to learn to ask people not to include you. --Jay 20:05, July 26, 2013 (UTC)

Hey, where did you get those high quality versions of the LEGO Battles cutscenes on your YouTube channel? Could you upload the cutscenes for the other three campaigns? Jamesster.LEGO (talk) 23:06, 8/10/2013

Hello CJCG. I see that u r ranked number 2 on the wiki! Right behind nynrah, how does it feell to almost be ranked number one Saburo954 Chit Chat Night Club

Thanks for fixing up that moon landing set for me. I didn't have time to do it myself. I just saw the red link, found a couple of pics and put the page up. Where did you find the info? Eh, doesn't matter. Good to see your no longer inactive! BrikkyyTalk Extras!

Retrieved from "https://brickipedia.fandom.com/wiki/User_talk:Clone_gunner_commander_jedi?oldid=1561917"
Community content is available under CC-BY-SA unless otherwise noted.