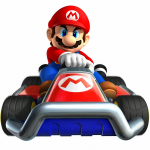 Impressive-that's the longest message I've ever received... Anyway, why would Clone get in trouble for reverting your vandalism on his pages? Just because you don't like him and don't agree with him is no reason to behave like this... In any case, you vandalized, after repeated warnings, so you were blocked. You insulted him, so you've received another warning.... Seems reasonable to me. -Cligra Join the redlink war!

LOL! that is the most epic reply i have ever heard! I was making edits on articles that had nothing to do with Clone! AND I MADE THAT STRICTLY CLEAR THE FIRST TIME AROUND! Go check the page history of Minifigures as an example, third page, october 23rd and compare mine and clone's revisions. Then go to my contribution history, and you can look at all of the early edits i did which he reverted, some are simple and obvious, but not utter drivvel, either. Go on, go and do it, i'll be surprised if you actually did. User:Creature114

Very well-I checked the minifigure page. Your edit added information that was, admittedly, true, however, it wasn't really needed... Perhaps if you had added a paragraph in the "History" section about the reason for the yellow skin colouring, it would have been more useful.

Well, just ignore him then...and if he reverts any legitimate edits of yours, notify an admin. -Cligra Join the redlink war!

Well, you can contact me... I'll look into it, and see who did what. -Cligra Join the redlink war!

I've unbanned you, as, to my knowledge, you behaved well after your warning... However, one more strike, and you'll be banned from Chat permanently. -Cligra Join the redlink war!

The walking off cliff guy

(Find me much much much more 100x plus more active on the LEGO Message Boards wiki. Okay? Cya there! And don't ignore me becuase I'm Paradox. :P

Looking through the game files, I found parts from all the properties I visited including yours, mine, and Mega's :D They're LDD files. ▂▃▅▆▇█▓▒░Eagleeyedan▒░▓█▇▆▅▃▂

I like your LDD cart, I was looking on Mocpages and saw this http://www.mocpages.com/moc.php/57068, just wondering if you'd like it. Nice cart!

Not really. There should of been an otherpage template for the first one, and I thought there was but I don't see it now, the second one is not relevant, and neither is the third, but that's also common sense and honestly, sounds quite stupid since it was in one small set almost ten years ago. --Berrybrick (Talk) 10:36, April 17, 2012 (UTC)

"On their epic journey across the lands of Middle-earth, the heroic Fellowship of the Ring travels through the abandoned Mines of Moria. Pursued by the evil Moria orcs and a giant Cave Troll, Pippin, Boromir, Gimli, and Legolas make a stand in Balin’s Tomb. Includes 6 minifigures: Pippin, Boromir, Gimli, Legolas, and 2 Moria orcs along with a giant cave troll and 2 skeletons. Available June 2012. 776 pieces."

Retrieved from "https://brickipedia.fandom.com/wiki/User_talk:Creature114?oldid=1125136"
Community content is available under CC-BY-SA unless otherwise noted.