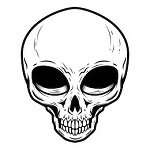 you do know we already moved off the wiki, right?

Hi fellow brickipedian I was wondering where did you get the new lego hobbit pictures from? Thanks

I have no Xbox, it's from PC (User:Dalvus)

I see your doing a lot of edits on the LotR game. To prevent people from editing it while you do, maybe put this on the top of the page: {{WIP|Dalvus}} BrikkyyTalk Extras!

How did you get/take those pictures of the LotR characters like Quest Man and King of Men?

Are all the pics of the characters who appear in the cutscenes come from the ios version of the game or did you use a hack? User:S hannon434/Sig

I really need help with something. I want to take in-game pictures like you did in LEGO Lord of the Rings. Could you tell me what do I need and how do I do it?

Hello, can you add pictures of ALL the playable and non-playable characters in the LEGO Indiana Jones video games as well as the animals in both in the consoles and portable versions please (Hobbiton777 (talk) 14:27, May 7, 2014 (UTC))?

Dear Dalvus! You made new versions of Anakin, Yoda and Obi-Wan Ghosts, but you didn't place it in article, so I placed and I uploaded newer versions of files Ani update.jpg and Ob.jpg. --Sz. Wesołowski Tablica/User talk Blog Fanons/Fanony 09:46, September 23, 2014 (UTC)SuperSzym

I noticed you uploaded a lot of files from Telltale Games with the NXG suffix. Could you explain how you did it?

I'm trying to do the same thing for LEGO Worlds, but I'm way out of my depth.

Retrieved from "https://brickipedia.fandom.com/wiki/User_talk:Dalvus?oldid=1683689"
Community content is available under CC-BY-SA unless otherwise noted.