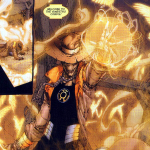 please stop adding lobo, deathstroke, and killer frost. none of it is in the game or at least reveled yet so please stop.

Regarding LEGO Batman 3, the characters and voice actors that you keep insisting are in the game have not been confirmed ANYWHERE. I know you're getting this information off of Wikipedia, which is also editted by random people - it's not true. Unless you get the information from official twitter pages of the creators, or videos of people playing the game at either E3, Comic-Con, or Gamescom, it's not legitimate, and has no place on the page which is only confirmed things. Please stop editing the page with information gotten strictly from Wikipedia, thanks. Pbjms (talk) 19:24, August 23, 2014 (UTC)

Unless you have something good to add to the Lego Batman 3 page, stop editting it. Everything on there has been confirmed by people who have done the demos, or by the official twitter pages of the developers. The crap you're adding is stuff that isn't confirmed from wikipedia, so just stop. Pbjms (talk) 19:48, August 23, 2014 (UTC)

LEGO would've had put it in the latest trailer and it would've been announced by any of the TT Games staff on Twitter or other social media by now. But it hasn't, our safest bet for the most reliable source is LEGO or TTGames themselves. Even if you are right we still want reliable sources. -User: DC Comic Nerd

I still don't care. TTGames or Arthur Parsons, or LEGO has to release the official date as multiple dates are roaming around. I will not continue to argue as my stance on the subject is quite clear. I'm sorry but we need to wait for the OFFICIAL release date. It's not that hard, and it's likely to be announced very soon. -DCCN

Retrieved from "https://brickipedia.fandom.com/wiki/User_talk:DisneyCars3627?oldid=1841013"
Community content is available under CC-BY-SA unless otherwise noted.