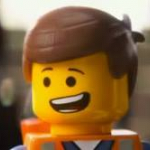 Thank you very much. I am glad that I can help Brickipedi.

Please do not upload watermarked/confidential images to Brickipedia. Thank you. BobaFett Talk

Yes, it's a preliminary image from a retailer catalog. LEGO does not allow these. The Star Wars ones are allowed because they have been released in Czeck Republic. BobaFett Talk

It's okay. A watermark is this stamp on images from preliminary sets that says mostly "Confidential" and/or "Preliminary Image", like here. Those images aren't permitted here, but you can link to those. :)  Samdo994 talk contribs  15:59, October 26, 2010 (UTC)

You did a Typo on Acidicus. I have the Ninjago site for proof.

Hi, you have recently removed the minifigure gallery from 9552 Lloyd Garmadon. Please do not remove content from articles as this is deemed as vandalism and can result in a block being placed on your account. Thanks, kind regards. SKP4472 Talk 13,998 Edits! Devoted Editor of Brickipedia 13:08, January 15, 2012 (UTC)

i see your making a Custom Theme of Ninjago

The page looks alright, but clear up the red links as soon as possible.

Where is the Link I prob. completly missed it? And yeah friends it is :) TheYellowNinja talk

cause i am TheYellowNinja talk

Can I copy the code off your page then edit it. Would that work? TheYellowNinja talk

Thanks how many pics can i have max.?TheYellowNinja talk

One last thing whats the template for an award?TheYellowNinja talk

I'm trying to download LDD now. Dont know if it will work levae me a message so we can both join chat :) TheYellowNinja talk

Please read this: Brickipedia:Category Guidelines before adding any more categories to pages. Thanks in advance! klagoer

Please do not edit other people's user pages without their permission. If you want to leave them a message, do so at the bottom of their talk page. -

Oh. They have been warned numerous times about this, if you want you can request a block at Brickipedia:Administrators' noticeboard. -

Sorry about not being on I had to go to the dentist without notice. Ill be on 21:00 tomarrow or if you can come on serpentine wiki now. :) TheYellowNinja talk

Can you please join chat? It's getting boring.

Aldendan Knight Forever Knight Time! the question is: is or is not

How do you make cool pics like this? Super Heroes unite!

Here's a pic of Lloyd ZX in LDD can this allow me into Secrets of NINJAGO?

Can I help with Secrets of Ninjago or could you at least tell me how to upload things from LDD that say .lxf or tell me how to make awesome pictures like Bane and Jason the yellow ninja. From User:Jmg115

Im sorry but can you try and use actual lego instead of LDD because you cant make decent doctor who customs in LDD.Clone gunner commander jedi talk

from the tv show i saw yesterday. come on chat on ninjagosnake wiki.TheYellowNinja talk

Why only physical images?

Because we have a policy to only have physical images in infoboxes and minifigure galleries. --Berrybrick (Talk) 14:48, February 18, 2012 (UTC)

How did u find a picture of pythor and his anacondrai staff?!

wow....wow you made that one? Like omg i love that pic! Can i use it for my youtube channel? Please! I promise if anyone asks i will give you credit!...BTW My BFF Loves that pic!

Sure you can use it!

115 The snakes are coming... BTW a giant block of ice is on the other side with the ice crystal and tell me what the youtube video is called.

Could you make me a picture like that that fang-suei chips for the sides of my profile page?

Heres another side to the boat.

Could you make me a blue and green version of Fang-Suei and Snappa with holes? Do it on Mezmo and Acidicus.

Because I work for LEGO.

I don't work for LEGO. It was a joke.

I didn't write the information about season three.

Send me some messages i need to know what to make next.

I made tons of good pages and admins are deleting them so i'm making serpentine wiki. Only for offical Serpentine ok. If u want to join edit ur talkpage and ill make you admin. I suggest you make a wiki call custom ninjago wiki or custom serpentine wiki cause if u put ur amazing customs on the wiki other people will put there not so good customs on the wiki. See you there TheYellowNinja talk

cm4s said this behind your back. and i found out, but didn't get the whole convosation.

TheYellowNinja occward for u guys talking about domino behind his back i see how it is and no one wants to talk anymore? lol

CM4S Dude It's spelt "awkward" not "occward" Learn to spell..

TheYellowNinja but why is domino's friend list so funny? it seems normal to me

CM4S I removed it. He called me a "spoiled" kid, and said he didn't like me.

TheYellowNinja i wonder why... talking about him behind his back

Prisinorzero No that was what CM said about him.

TheYellowNinja i would be mad too if i found out SuperSpyX has joined the chat, welcome! Please remember to be appropriate and follow these rules so that everyone can have a fun time!

TheYellowNinja well why do u have the right to edit other people personal talk pages?

Hi, I've checked the page's history and CM4S said in the edit summary that he removed the 'Enemies' heading because he considered it a PA (Personal Attack) on him. He had a right to remove it for that reason. Try not to generally insult anyone anywhere here (for example you called him a spoiled kid). However, if you feel that he is continually insulting you then you should contact an admin and provide evidence. -

Hi. For your user page, you put the pictures as part of the background I copied and pasted the NODISECTION into my user page, but the pictures I have don't blend in. (they have white around them) Can you help? I have an army

We have a Hulk

It's here at last.

I just wanted to let you know that your Ninjago theme is not copyrighted, so people can use scorpion people. Scorpion people aren't a bad idea, but you are not the first person to use them, so they are not your own original idea, like the skeletons and snake people aren't LEGO's. In other words, your theme is not copyrighted, and people can use ideas from it all they want. You don't seem to have a very good idea of what licensing, copyrights, trademarks, and such are, so I suggest you read these articles at Wikipedia; License, Patent, Trademark, and Copyright. I'd really appreciate if you'd stop this, but if you don't, we could always take it to Wiki-court with you and Agent Fuse (not that that exists, but we could make it so it does). --Berrybrick (Talk) 17:12, March 11, 2012 (UTC)

Just because Pythor is swallowed by the Great Devourer doesn't mean he dies. This isn't the most realistic theme, Pythor himself is proof of that. Plus, Sensei Wu technically would have died when he went to the Underworld but he isn't dead. --Berrybrick (Talk) 10:21, March 21, 2012 (UTC)

sry i havent been chatting in a long time im just trying to make a stop motion and a minecraft video for youtube. maybe we can talk todayTheYellowNinja talk

Hey Domino! It's me TheYellowNinja. I changed my account to TheBakonBitz so it would match my other accounts on the internet. I kept trying to contact you but you found me first :D. So if you are free one day we can chat, Your Friend TheBakonBitz

I don't think the fact that this name sounds Polish to you matters and as long as there is no other proof I think it's better to leave such speculation (especially when they matter so little) out of this wiki. And what about Bukowski, Tchaikovsky or Lebowski? None of them is Polish. And anyway, I doubt that the LEGO Movie is even set on this earth so nationalities really shouldn't matter. Minifigur (talk) 18:39, January 24, 2014 (UTC)

Retrieved from "https://brickipedia.fandom.com/wiki/User_talk:Domino1205?oldid=1728345"
Community content is available under CC-BY-SA unless otherwise noted.