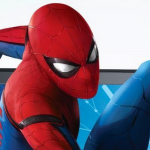 Please stop uploading pictures of the Rogue One sets. Wait until LEGO officially approves of the images being on websites. This might not be until Force Friday. --LEGOBennyBrick3 (talk) 13:24, August 19, 2016 (UTC)

I believe this was the fourth time you have uploaded pictures of Rogue One sets. Still, they have not been officially announced and LEGO is asking to remove the images from websites. Because you have ignored my previous warnings you have been blocked for three days. --LEGOBennyBrick3 (talk) 12:25, August 21, 2016 (UTC)

I see in the Star Wars Character Pack you included characters from those minifig sets that looked like the real character, I thought the Adventurer guy kinda looked like Han Solo, So you might want to add him, martin mcfly (talk) 12:28, September 4, 2016 (UTC)

Hello, if you cast your mind back 8 days ago, you posted some Star Wars film posters but the LEGO version. In case you weren't aware, it is Brickipedia policy that all images posted to the wiki must be added to an article within an hour or they will be deleted. I have thus deleted them. If you want to add them to an article, drop me a quick message and i'll restore them for you.

btw, this isn't a warning or anything. It's just the policy.

LEGO MonsterVerse is a Video Game based on the MonsterVerse franchise featuring Godzilla and King Kong. It is centered around the films; Godzilla (2014), Kong: Skull Island, Godzilla: King of the Monsters and Godzilla vs. Kong. The game will include a main story mode as well as a free roam portion including four major hub world locations that represent each film.

Retrieved from "https://brickipedia.fandom.com/wiki/User_talk:DraftMountain22?oldid=1978715"
Community content is available under CC-BY-SA unless otherwise noted.