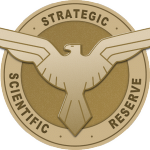 Ahh... A nice clean talk page. It hasn't been this way in about a year and a half. :P Drewlzoo

how did Brickipedia do the Forums template? I'll give you more detail when you respond. "You haven't lived if you hadn't feel the wind in your hair"~(Talk)

Good then. Like I said I will explain more. So this is the link, http://lego.wikia.com/wiki/Forum%3AIndex

I wanted to copy the format for how the forum is done for my own wiki project. I'm hoping to finish it up during the summer. LegoI3rickI3uilder(Talk)

thanks Drew. I'm still learning wikia coding and I barely can fit it in with my school work. when I get off form shcool i'll give you the link to the wiki. ~LBB

When you are on a page, there is a little box on the right side, saying what four pages were last edited. Did it just dissapear for me or has it disappeard for you too? Darth henry Talk Pain sig! - Burning eyes! 22:23, June 11, 2012 (UTC)

h, but meesa doin' it under orderz from da mighty CJC. I can remove some of the non ad-related changes, though. -Cligra Join the redlink war!

Yeah, I have been for some time now :P ▂▃▅▆▇█▓▒░Eagleeyedan▒░▓█▇▆▅▃▂

So yeah. This is the wiki I want to hav ethe fourm template put on. LegoI3rickI3uilder(Talk)

I thoguht I posted the link. :P Sorry 'bout that. LegoI3rickI3uilder(Talk)

Thanks for the heads-up. :D

But the thing is, we don't need it to be done. I assume that you are talking about the review pages at least. It would just be thousands of pages with no actual content. If that isn't useless, I couldn't tell you what is. --Berrybrick (Talk) 15:20, August 1, 2012 (UTC)

Well, that depends. I really don't know what these are exactly but if it's things like grammar fixes then it's fine and actually very helpful. However, if you are just changing words to synonyms to get edits then it's not. --Berrybrick (Talk) 15:28, August 1, 2012 (UTC)

Hey I have something to talk to you about on MBW, when is a good time on chat that we can meet?

Ok, I should be able to be on tonight at those times. I'm leaving for 1-2 weeks tomorrow so I can't talk to you but you could try to talk to BCG or LBB in a PM, just ask him for the M.c screenshot links.

Well, there were a lot of them, so no way can I remember 'em all. :P Klintrin1011 was the main offender, and, I think, brought most of them along. AnimalLover1011 was also pretty bad, and got himself banned here. Some Skulduggery guy said one or two spam-y things, and there was one person with a MLN-looking apple as an avatar. Sorry I can't be more help. :S -Cligra Join the redlink war!

No problem. I want your noms to be successful :) Jeyo Lord VladekTalk The Forge

Ah, sorry about that. I'd forgotten. I'll work on them now. Jeyo Lord VladekTalk The Forge

Done! Shall I nominate the 4x4 article for c2 or c1 now? (Don't worry, I'll put both our signatures in the nomination.) Jeyo Lord VladekTalk The Forge

Ah, you did get adminship. I never heard the end of that one :P Congrats! (I went on a page-creation spree today :D Tons of missing information and missing pages for a recent wave of Home items) ▂▃▅▆▇█▓▒░Eagleeyedan▒░▓█▇▆▅▃▂

Congrats on becoming an admin! —Nionel

You forgetting about me and FB100Z being admins? (We're on the chat mod list) Clone gunner commander jedi talk

I swear that he was an admin (just checked, he isn't :/ ) Clone gunner commander jedi talk

Lone Ranger and others

Now that you are, I notice that message :P well, there's always another day. ▂▃▅▆▇█▓▒░Eagleeyedan▒░▓█▇▆▅▃▂

Because I'm not on the LMBW anymore, I really just needed a way to contact you. I really need help with CSS, and you're the first person I know who could help me.

| Please come and talk here as soon as possible. Thanks!

Hey, I'm on "the" chat, have some things I want to discuss. Thanks!

Hi. The issue with ThemeTable not displaying all sets is because of the cache not being updated - it's something totaly out of my control, and something I can only wait to be resolved. I would actually expect the cache to have been cleared overnight, but maybe Wikia's servers have a lot of strain at the moment or something. I did not know about the error on the City pages, so thank you for reporting that, and in light of that bug I've reverted to an older version of the template.

Oh, and thanks for asking before creating a forum, that's appreciated. Regards, - nxt

I honestly have no idea on how to fix my sig. -LazerzSoH --- Destroy, Destroy, Exterminate!

Hey, I've reverted your closure on the 'Anybody know why' forum, becuase the middle group of forums is for inactive forums that are waiting to be concluded, and we can only archive this once the problem is either solved or decided not to matter.

In response to your message on Ajr's page, yes, it is okay. Why?

That would probably be handy, but I wouldn't reccomend setting it up until we really know what we're doing Chat-wise after the move. :P -Cligra Join the redlink war!

Really, if you want to do it (and it's convenient), just do it. :P -Cligra Join the redlink war!

Hmmm, I used x10 hosting seamlessly. Have you tried using the mediawiki installation program in Softalicious in cPanel? - nxt

Hey, I just noticed that whereever you should have "CJC95" (in the completely awesome context) it mentions my username. This is a program glitch. Do I have permission to change it for you? Jay

So, your intent is that everyone who views your userpage is awesome? Jay

Next time please just make sure that you/they/whoever uses a word that people know the meaning of. They thought that we were kidnapping people, somehow, not rescuing them. --Berrybrick (Talk) 20:31, March 4, 2013 (UTC)

I noticed that my original log says the 4th was the expiry time, but it was changed to the 7th. I can wait three extra days, no problem, but why were three days added? --May the Force be with you, and may Darkness follow you. Agent K 07:42, April 4, 2013 (UTC)

I'm astonished how the things I do at LMBW are a problem and this is okay:

Well, seeing as nothing was really done about it, I can't imagine you really care. A three day block for trolling and light spamming? How is that light spamming? He purposefully disrupted a thread made by me, started an argument, got aggressive, and blamed the argument on me. Where do the personal attacks on NuffSaid and I play into his block? Oh, nowhere. That doesn't matter I guess. What about his blog post that he made intentionally to provoke me, and admit to that. When I commented on it, he said he hopes it brings me "pain and suffering" (lol drama), and compared me to Satan (which I could care less for, I'm Universalist and believe in whatever religion I want, whenever I want). In a site where almost everyone there is Christian, I feel like that should be let by. Also, you were going to extend my already extended, unnecessary chatban because they "get progressively longer", yet I've seen Brickmaster personal attack other users, myself, argue, blame the argument on someone else, and continue on more times than I can count. I guarantee you, if I was the one provoking him, you would have permanently blocked me. I know the difference between me and him, but it's perfect evidence of what I was pointing out in my blog comment before Brickmaster derailed it. The rules aren't being followed equally. For Brickmaster to break a rule would warrant a 3 month to one year block on any normal wiki is only three days for you? And for me to break a rule that would warrant no block to a 1 day block is a one year block to you? Something is backwards here. I'm not going to be your little puppy dog or scapegoat, Drew. I'm getting of getting the short end of the stick. If you don't want me at LMBW, fine. I don't really want to be there either. I made one comment giving my opinion of what could be done to benefit the LMBW community out of good faith, and as always, somebody turns it into a flame war. If I'm not welcome at LMBW, so be it. See my latest message to you on Google. If by some odd chance you do care what I'm saying though, it would be nice if the rules at LMBW were equally enforced, and for me to stop getting the short end of the stick every time. --ToaMeiko (talk) 17:19, July 27, 2013 (UTC)

Hey Drew we need to talk. o/ though I have nothing on my mind to talk about. :P Once you get this message could we go to somewhere more private from LMBW eyes? True To The Blue⚡(Talk)

Ok. where should we meet up? True To The Blue⚡(Talk)

Ok then. I'll meet you tomorrow. True To The Blue⚡(Talk)

uh drew, where is your wiki you stated? :P BTW I'm laughing at the statements being made at YKW. XD I'm laughing off the hook. True To The Blue⚡(Talk)

Right now I'm not sure if you mean AM or PM. :P Ok, I'll go to one of them and find you there. Also say hi to Meiko for me who said he will never return to LMBW. :P True To The Blue⚡(Talk)

Hey Drew, I left you a message on your Brickimedia Meta talk page regarding GitHub. Please respond there, but I'm leaving a message here too in case you aren't notified of a new message on Brickimedia. --ToaMeiko (talk) 17:46, August 22, 2013 (UTC)

the LMBW admin team is now a political Admin team. yippee. -.-' CARE TO EXPLAIN? :P True To The Blue⚡(Talk)

We Still Need You

I wasn't asked to stop until after I finished.

Get on chat so I can tell you some news that you may or may not have already heard. :D --LFY1547

Hey, could you hop on chat when you get the chance? There's some things I'd like to talk/continue to talk about with you. :P --LFY1547

Brandon1991 had just changed his profile photo because his other one looked undaraged. He is in fact, underage. I wanted to let you know cause it breaks policy. mazzonG4637

Hi, I'm a journalits seeking a Lego fan/expert who has seen The Lego Movie. I want to cross check my list of existing lego characters and sets that appear in the film. Please email meriah@yahoo-inc.com

Thanks for the welcome. I have added some missing info to some of the characters from The LEGO Movie in order to build their bio. Even though your website has some pages for different locations, I was wondering if you and the other administrators would help to create some locations from The LEGO Movie as well as the overall info about the Master Builders. Also, I was wondering how we can put the involvement of those in The Lego Movie in the bios of those that aren't exclusive to the movie? --Rtkat3 (talk) 21:03, February 12, 2014 (UTC)

hi drew1200, do you know how to create a custom video game

do you know how to create a custom video game :)

thanks i would like a bit more info please israel 394

Drew, I need the password to the mod site thingy that Jdude linked me to. :P I'm too lazy to email you.

Retrieved from "https://brickipedia.fandom.com/wiki/User_talk:Drew1200?oldid=1604914"
Community content is available under CC-BY-SA unless otherwise noted.