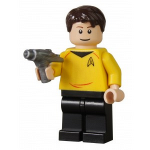 Why nom it for deletion? That's what the character was called in the video game. -- BrickfilmNut Productions!

Hello. On custom pages, please do not put {{Rating|4}}. First of all, those types of ratings are for LEGO articles, not custom articles. Second of all, putting a rating on a page is limited to members of the Custom Quality Moderators. Thanks! --

I wanted to create a Marvel Advent Calendar, but sadly, I do not have access to LEGO Digital Designer. So, would you like to co-run it? Since it is a little late to do it, we can wait until 2015. You will have to do LDD, since my computer can't run it. Deal?

Lego Marvel Superheroes 2 Do not remove those edits, every single thing you removed was confirmed, do not remove it again. Victor Green (talk) 06:06, September 18, 2017 (UTC) Victor Green

Those characters were confirmed at e3, if you click history on the Lego marvel 2 page, you'll see that the person who undid your edit stated that. Victor Green (talk) 06:20, September 21, 2017 (UTC)

RE RE: Lego Marvel 2

Retrieved from "https://brickipedia.fandom.com/wiki/User_talk:FlibieCP28Deadpool?oldid=1868455"
Community content is available under CC-BY-SA unless otherwise noted.