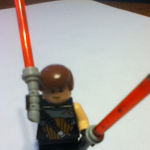 Welcome to Brickipedia!!! I hope you like it. Mr. Minifigure

Just stopping by to say hi! Haven't seen you in a while. Hey, can I talk to you on chat? klagoer

r u done with the elf yet?

This is what I meant about both Jango and Boba can fit in the cockpit, piloting.

Don't worry, it doesn't have to be like this. User:GalenMarek12311

Hi, please don't add the "A licensed minifigure" category to pages, as it is an invalid category which we do not use here. Thanks, -Cligra Join the redlink war!

I am sorry, but YouTube and blogs which predict that the name for this set is The Battle of Naboo are not valid sources. Please do not rename the page again unless you find it in a retailer's catalouge, a press release, or LEGO.com. Thanks! Berrybrick talk -- "That's Mr. Commander Sergeant to you. 21:03, August 26, 2011 (UTC)

That goes for TBA Batcave and the Contraction figure sets too. Stop changing them, it is unsourced. I realize they are in good faith, but I beg you to stop. If you continue to do so, or I will be forced to add a warning. Several warnings result in a block, and I am sure you don't want that. Berrybrick talk -- "That's Mr. Commander Sergeant to you. 19:07, August 28, 2011 (UTC)

Smashing Bricks is the source for them, BB. Smashing Bricks is one of the websites that give you imformation of what lot of people have seen that could be valuable imformation, just like Brickset and Eurobricks. :( User:GalenMarek12311Starkiller]] talk -- "I Will Serve

You may realize Smashing Bricks refers to the set numbers as RUMORS. That means it has not been confirmed. Personally, I think that's what the Super Hero sets numbers will turn out to be, but it has not been confirmed in a press release, retailer catalouge, toy-fair, or LEGO themself.Berrybrick talk -- "That's Mr. Commander Sergeant to you. 21:28, August 28, 2011 (UTC)

Here, you can leave your request here, make sure to put it in the right section-http://lego.wikia.com/wiki/Brickipedia:Administrator%27s_noticeboard

Oh, and one more thing, you'll have to source the pages to the Product Pages at the German Toy Shop and not Smashing Bricks.Berrybrick (Talk) 19:43, September 2, 2011 (UTC)

Well, then wherever they are listed on the German Toysite. Otherwise, there is no source.Berrybrick (Talk) 20:48, September 2, 2011 (UTC)

Wow, thanks. Do you think it might be the lego spongebob flying dutchman? GalenMarek12311 talk`

Yes, actually I do, but the estimated transition to US Dollars is $30, so it probably won't be amazing, but what do I know now? Prelimanary pictures could come out any day between now and a month away... Berrybrick (Talk) 15:53, September 4, 2011 (UTC)

Yeah, I've been managing to find the product pages, but there are still some City and Duplo things I've missed because they don't translate correctly. Berrybrick (Talk) 16:45, September 5, 2011 (UTC)

Once again, you are linking to rumor blogs and we don't use rumor blogs as an official source. Once again, they are probably right, but we have no way to prove it. --Berrybrick (Talk) 20:14, September 23, 2011 (UTC)

The image was already on the page, I didn't know it was watermark. -User:Kingpinn2

LEGO will see and contact wikia, and then Sannse or someone will delete them and be all like "Hey, don't have them" and then I'll have to say I told you so.
Or they would cause a black hole. One of them. I'm opting for the latter. - Kingcjc 19:28, September 29, 2011 (UTC)

How does this work?

How do you put characters in character lists like this:

As a courtesy, "please contact the user before making edits on this page" ring a bell -- Lantern Power! Power of Imagination Funny Purple Guy! Greenlantern's Light!

Hey Galen, i just noticed you at the page of the SwII project and saw your minifigures. Where did you get the body for your custom Galen, if i may ask? (The one from your profile pic) Wuuut, i di'nt kno-wo-wow! (talk) 15:37, December 1, 2012 (UTC)

Retrieved from "https://brickipedia.fandom.com/wiki/User_talk:GalenMarek12311?oldid=1167453"
Community content is available under CC-BY-SA unless otherwise noted.