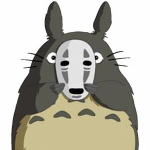 It would be lovely if you could fix the gap, but it is caused by the massive main ad on the page. I doubt it would be possible to fix the gap without removing the ad, which other staff members have stated they will not do. -Cligra Join the redlink war!

Hi please remove the ad on the main page. I'm pretty sure you're raking in enough money from us already without that. Or maybe you could keep it, fix the mess it made and give us better spotlights which are audience-specific. Or give us better forums, or a better image uploader. Thanks, ajr 01:06, September 7, 2012 (UTC)

Or fix the search. (And Ajr, I added something to the uploader, but it only works on Special:Upload and is probably rather poorly adapted JavaScript.) ~ CJC 17:26, September 7, 2012 (UTC)

Thank ou for getting back to me, we will fix that as soon as possible! Also, thank you for the suggestions; feel free to put them up on Community Central! Gcheung28 (talk) 16:42, September 7, 2012 (UTC)

If you are going to add stuff to the main page based on an admins request, can you check they are actually an admin? Community discussion on the topic is still ongoing. ~ CJC 20:12, February 1, 2013 (UTC)

User:BrickSticks is not even a patroller... (Forum CJC mentions) - nxt

Don't know if you know this, but the whole purpose Carmerville had for giving away the DVD was that he doesn't feel safe with personal information. If you can't give it directly to Darth Henry or whoever, you might as well keep it. --Jay is Gone. 20:08, April 9, 2013 (UTC)

Retrieved from "https://brickipedia.fandom.com/wiki/User_talk:Gcheung28?oldid=1415300"
Community content is available under CC-BY-SA unless otherwise noted.