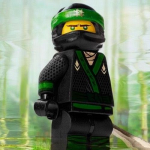 As far as I can tell, the timeline appears to be:

What I am thinking is, seeing as how you actually made the most contributions to LLOC, perhaps you could move to adopt the site? Adoption requests usually require 2 months of administrator inactivity, but seeing as how both admins appear to be using Wikia as a means of advertising an external site, that might give you some leverage in terms of adopting it.

What I am thinking might be good is if you and this other Chakor fellow both simultaneously moved (in a single request) to co-adopt the abandoned wiki so that you could both be bureaucrats and check each other's power against abuses.

If this succeeds, you could both help to retain and protect the content build up at the LLOC wikia. You could also potentially move that content to the shorter 'Chima' URL which is merely a redirect at the moment. Once that is done, the contents of both of your two newer wikis (LOC and CL) could be merged into the concise Chima URL.

Am wondering if that is potentially appealing. If so, this could be discussed with Chakor on his wiki or on his talk here. Ideally not doing it on LLOC since I assume James/Toa may be monitoring the changes there. If you guys need help collecting diffs which implicate that the pair are using Wikia as an advertisement ground, that evidence could help secure the URLs. +Yc 14:57, January 7, 2013 (UTC)

It's Jay! I did not know you were on this wiki! Nice to see you!

Hey, where did you get the image File:Minecraftteaser.jpg?

Please don't upload files from other sources without accreditation. Thanks. --LFY1547

You are on this wiki?!

Hi gn, do you know that the loonies have took over the mixels wiki chat? Also, has there been any 2016 mixel images released?

Oh dont worry, its settled, sorry i just joined and saw a calamity

Retrieved from "https://brickipedia.fandom.com/wiki/User_talk:Green_Ninja?oldid=1713564"
Community content is available under CC-BY-SA unless otherwise noted.