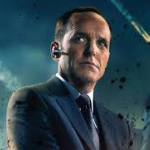 I would have hoped your previous block would have taught you to be more respectful. Evidently not. -Cligra Join the redlink war!

I'm not sure exactly who that was directed at, but I'm assuming Legoindy. No, I don't know what you were going to say, but if you had to stop yourself, that can't be good. It doesn't stop starting it from being rude. --Berrybrick (Talk) 21:23, November 14, 2012 (UTC)

Hi JMS. Before adding categories like Star Wars: Episode II: Attack of the Clones to pages, you'll need a consensus. So if you could bring it up on a forum, that'd be great. Thanks, Jeyo Lord VladekTalk The Forge 01:46, December 12, 2012 (UTC)

It was just because there's been some debate on the subject of subtheme categories and such. It usually isn't a big deal. Jeyo Lord VladekTalk The Forge 01:55, December 12, 2012 (UTC)

Alright fair enough, I was asking cause last time someone said they were doing something on a page and I changed the picture he got all offended and stuff so I wanted to clear that out, thanks I'll check with you for any changes. --MattRick98 (talk) 01:52, December 18, 2012 (UTC)

Sorry, didn't see you where working on The Lone Ranger now

What madness is this? I gave a source didn't I?-JMS

I have told you time and time again that somebody randomly posting "<insert set name here>" no matter how reliable they have been in the past, is not a valid source. --Berrybrick (Talk) 18:05, December 28, 2012 (UTC)

Then what is? jeez sorry for posting useless unreliable sources that didn't display set numbers and stuff >_>-JMS

I swear we have this conversation at least once a month. I am not going over it again. You need to start learning from your mistakes. You are acting exactly the same way you were before you were blocked for half a year. If you learned anything, you aren't showing it. Keep this up and it will be longer next time. --Berrybrick (Talk) 18:13, December 28, 2012 (UTC)

Fine I'll stop, and I do learn but I'm a human being so I can't be perfect. Sorry-JMS

Where did you find that!? BTW it's Beautiful

No, it isn't the same as the War Machine's. Check the inventories. Usually LEGO changes the design ID when they change the colors like that. Jeyo Lord VladekTalk The Forge 05:46, March 9, 2013 (UTC)

Yes. Same mold, but different IDs. LEGO has an annoying tendency to do stuff like that. For example, nearly every minifigure head has its own design ID for some reason. Jeyo Lord VladekTalk The Forge 05:49, March 9, 2013 (UTC)

Retrieved from "https://brickipedia.fandom.com/wiki/User_talk:Jedi_master_sith?oldid=1289580"
Community content is available under CC-BY-SA unless otherwise noted.