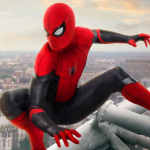 I'm justa wonderin', where did you get those pics. I kinda thought they where cool but didn't know where they came from?

Hi, could you please tell me where you got that image of Luke Skywalker from? btw, it's best to always name the source of an image in the details box under the name box.

Just a note that proper grammar is that minifigures are released in a year not on a year. Thanks for you edits anyway.--Toa Matau Destiny 11:26, June 2, 2017 (UTC)

Once again, I am forced to remind you that you need to be naming the sources for any images you take off the internet. I have removed three images from your LGOTG video game custom and thus, you will need to create a replacement image for the template or it will be deleted for not meeting Brickipedia standards.

Hey, I've noticed that you have not edited the LEGO Marvel Avengers: Infinity War page for a long time, and I wanted to ask you if I could edit it and add images or "update" it. But if you do not think that I do it then it is a kind of notice to you for update the page.Yohanan Arser (talk) 21:49, January 12, 2019 (UTC)

LEGO MonsterVerse is a Video Game based on the MonsterVerse franchise featuring Godzilla and King Kong. It is centered around the films; Godzilla (2014), Kong: Skull Island, Godzilla: King of the Monsters and Godzilla vs. Kong. The game will include a main story mode as well as a free roam portion including four major hub world locations that represent each film.

Retrieved from "https://brickipedia.fandom.com/wiki/User_talk:JohnnyThePorg?oldid=1978714"
Community content is available under CC-BY-SA unless otherwise noted.