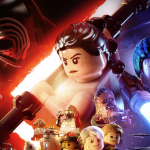 I thought demo is lowercase. The achievements I found were on the Xbox achievements site that was revealed either Tues or Wednesday of this week.

Retrieved from "https://brickipedia.fandom.com/wiki/User_talk:Kharneus?oldid=1729051"
Community content is available under CC-BY-SA unless otherwise noted.