Hi, You're relatively new here and so I thought I'd give you some tips on how to do things here and how to get along with the community. The links found to policies and guidelines in the welcome message above can be complicated and so I have simplified the basics down for you:

Sometimes, it can be hard to judge what can be done to help a page. In which case, you may wish to consult the Manual of Style or a member of our article quality group.

To upload an image use Special:Upload.

Users - you are a user, as is everyone here. There are also other types of users you may encounter, that have additional powers:

Sometimes you may have a problem with another user - if you feel another user is not treating you in a friendly and respectful way, just leave a message with an Admin.

Community - You can interact with other users in various ways:

Excuse me for expressing my oppinion. I didn't make you do anything and there is definitely no reason for this kind of attack or this kind of language! Minifigur (talk) 14:31, September 10, 2013 (UTC)

Here are those Samples I told you I'd give you!

This is a VERY small portion of the pieces I have! I actually have most pieces from minifigures series 1-8! :)

If you click the drop-down menu button next to edit, you should find "rename". There, you can rename the page to "Custom:Alpha's Discovery" or whatever the page name is, or find "Custom" from another drop-down menu. Hope this helps in future. --Jay 22:10, September 17, 2013 (UTC)

If you're trying to give a bit of code to another user, add <pre> in front of it and </pre> after it. For example, you can add <pre>[[File:Blacktron Astronaut.jpg|thumb]]</pre>, which will come out as

, which can then be copy and pasted and produce:

"This user is the only one who can give silver bricks"

Hi there friend! I have some awful news! My parents have banned me from chat for the remaining week of September!!! D:< —Unsigned comment by DarthShlomo (talk • contribs).

Please don't make "protagonists" or "antagonists" out of either Union or Confederacy. You'll get a lot of problems with both sides. The Union had the more noble goal of ending slavery (plus pro-Confederate sentiment can be viewed as racist) although Sherman did commit atrocities that prevent the Union from being fully good. Both sides need to neutral -- or each side honestly believing they're right, when neither side is better than the other in actuality. --Jay 19:15, September 26, 2013 (UTC)

You should give credit. You didn't make any of those things on your page, and almost all are definitely something that would be considered someone's property, so you should really credit them. Say something like "cool stuff I found on the internet".

Darthy says: "I dunno. I just couldn't think of anything to say. And I don't usually use talk pages. I mostly just chat."

Since u wanted a sigfig, post a pic of what u look like in minifig form and I will make you :) [[User:Saburo954| Saburo954 Chit Chat Night Club

Hi Kahuka! Sadly I will be less active! :( My mom won't let me on during the week days and most of my days are spent reading Lord of The Rings! (I have to read 50 pages a day and it takes me at least 6 hours)

I'm back! I was inactive for a few days 'cause I'm sick. :( And I think a custom LoTR theme would be cool! :D

Bye Kahuka! :( See you in 2 months! I hope you have fun on Minecraft!!

Hi, in accordance with Brickipedia's policy, we are not a file host, so your recent uploads of personal-use images qualify for deletion under IMG-1. Please use other services to upload files for the sole purpose of your personal use, as all uploads to Brickipedia should be intended for use on wiki articles. Thanks, Silence, Doctor (talk) 02:59, October 24, 2013 (UTC)

Just choose the images you want. IT'S THAT EASY!!!

I love the idea, but I'm too busy with too many customs. Sorry. --Knight

JSYK that first message was Jah's. He just didn't put his sig on! I was just explaining that it was just a slideshow that you can put on yourself without even typing a code.

Your comments directed at Berrybrick in your latest blog counts as a personal attack. Please refrain from this in the future. BrickfilmNut (talk) 23:56, November 6, 2013 (UTC)

You seem to have a liking for LEGO Racers so I thought I'd send some interesting links your way:

My collection of alpha/beta screenshots from when the game was still in development:

And if the idea of some unofficial character mods tickles your fancy, check these out, they're by a fella who goes by RobExplorien, there's way more than the ones I'm posting here (and by many other people) but I suspect these are the ones you'd like the most:

That's a cool picture you left on my page!! :O

I have to ask permission to go on Chat now! Also I don't really feel like it right now.

I'm gonna make a Birthday Blog cuz it's my Birthday on the 12th but I need to know what head is best for you! :) (not Robot)

I made a Picture! :D

I definitely celebrate Thanksgiving and I appreciate the Avatar but there's only one problem... I'm a Vegetarian... :|

I would reccomend cleaning your act up before you come on chat again, me and BFN talked and said this was your last chance. Get banned again, you're banned forever. ----

When did I ever say Brickimedia/pedia was a social network. It clearly states it's an encyclopedia... If you mean by blogs you are being quite hypocritical because you also have many pointless blogs. -Nuff

I deleted your image of Spider-Man being shot because it included heavy level violence, and blood. Please, refrain from posting such things, and BP:UCS. --Czech 03:38, November 25, 2013 (UTC)

I deleted the blog, per your request. I really suggest you put a bit more thought into what the repercussions of your blog posts have been - the past few blogs have almost all resulted in a huge backlash from the community, leading you to clear them within days of their posting. I understand that you may not see how you're offending/annoying people - I have trouble with that - but I think everyone would be happier if you were a little more careful about your blogs.

You can post it on your userpage if you want to! :) ~ Sibo, Balin, at your service ~

Hello. Your attacks users such as on Awesomeknight1234, Epic-space-hoodie-guy, and who-knows-who-else-have been reverted and you have been blocked for a period of one week. Once your block is over, you will be free to return to Brickipedia and hopefully interact with our community politely and civilly. Thanks. --Berrybrick (Talk) 04:36, November 30, 2013 (UTC) 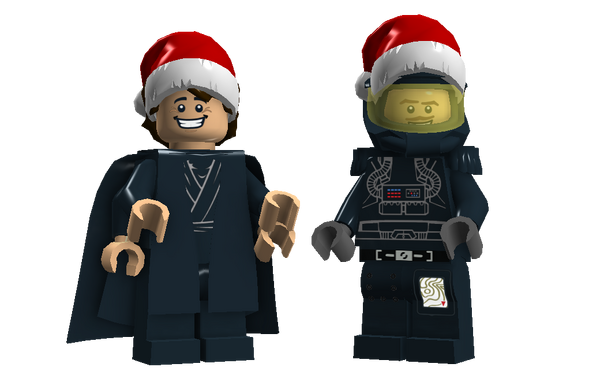 Answer to your ridiculous message.

For one. I have never used the word piss on this wiki, and damn is not a curse word. ----

A sort of warning

You reuploading an image I deleted a few days ago, as it violated our image policy. No personal use images are allowed on the wiki. Please stop, and consider this a warning. If you reupload it again, I may need to take action.

Look Kahuka, I made a Gingerbread Squidward! :P 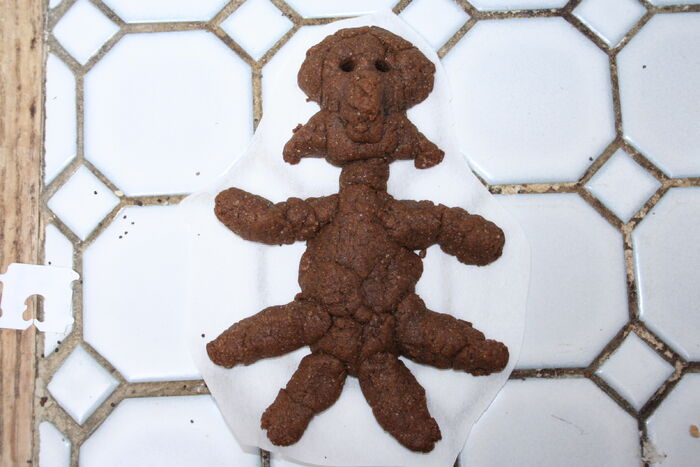 The having to answer questions to edit is only temporary.. once you've made a specified amount of edits, it doesn't prompt you to answer the question anymore. It helps prevent spambots from working. --Jay 20:32, December 22, 2013 (UTC)

http://lego.wikia.com/wiki/User_blog:Thelegogunner1990/ww2_buiding_contest_xd_xd_xd talk with me oke by the lego gunner1990

Hi! You commented on my page about my LEGO SpongeBob Game Project, and I wanted to answer your questions. 1: I added DoodlePat, DoodleSquid, and DoodlePlankton. 2: No, I am not from LEGO. The project is merely my own idea and is not in development now, or probably ever. I'm just a fan. —Unsigned comment by RickyBobby1003 (talk • contribs).

Could you come back on chat Czech is fixing his application.

Could you add him now he has a new faction and stuff.

Come back onto chat we need to talk.

I did not kill him when I pushed him into the fire I thought he died but he really survives and I was wondering if your next story comment could have him coming to you telling you about the fortress and him wanting revenge.

Just come on chat we can talk.

I would never leave the RP (unless you seriously irked me) but could you make your next comment/photo thing have the Orc King come to you saying he wants revenge on us and he tells you about what happens?

I don't know that much about it. I found information the game here [1].You probably should ask the user that found it, or look for it on lego.com on web archive.--

Okay, so what villains are on whose side? Vultyre, Bazil, and Night Lord? --Knight

What is the ip for the brickimedia mc server?

Treatment of other users

Glad you made that blog, but just in case... your recent treatment of some users is unacceptable. Example: The image you uploaded that has now been deleted. Don't do that again. Ajraddatz (Talk) 03:46, January 8, 2014 (UTC)

Just wondering, what kind of Digital Designer are you using?

Hi Friend! I looked at the new Building Contest Adventurers and saw that you wrote "Hope you win, Rfas280HP" and I was intrigued. Could you kindly tell me why I scored there? I was sooo curious! Thanks for listening!

Here is the link to Exploriens: The Space Mystery. It may not work.[2] --

Just thought I'd let you know that ranting about a rant is not going to help matters much, especially when said rant calls the other one stupid. If it bothers you, just ignore it. A blog cannot actually cause any harm unless you allow it to. So don't and it won't. :P And even if you do respond, you may want to do it in a nicer way than was done...you dig? -- Jeyo Lord VladekTalk The Forge 11:24, January 21, 2014 (UTC)

Hey, King! If I am an administrator on the Tolkien RP can I make my own Roleplay?

Thanks for that dude. :)

Am i Still Alive?

I read the most recent castle RP post, and i saw that my chracter fell into a fire. and i have no ability to get into Brickimedia, so.. Is my character dead or alive? -Jeksith337

I was just wondering if you'd like to join my LEGO Castle Wiki, seeing as though it's not all that popular at the moment! See this link: http://lego-castle.wikia.com/wiki/LEGO_Castle_Wiki