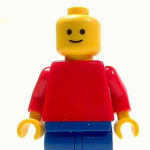 Hey LEGOFan999 it's been a while. Sorry I haven't been on. Ive been busy. I do have a question though. was that Jjjjjjjjjjj guy or whatever a troll? From: Cam Eron14

I understand what I did, but I only wanted to help. You see, there's a source that the Robin in LEGO Dimensions is Tim Drake, 'cause it was revealed by one of the developers in a tweet.

Okay, in the future if I want to edit for example, Robin, I'm gonna ask one of you if that's good. And yes that was me. But it wasn't my 4th account. That was my 3rd (this one = 1, LEGOBatman23 = 2) account. I accept what you and the others said. I just want this Wikia to be the best one there is!

Hey LEGOFan I have some somewhat-serious new. Whenever your able to be on chat let me know. I need in the private one though. by Cam Eron14

Huh... oh it's nothing now. I thought someone found out something about me on here but it was a false alarm. No need to keep this post anymore. You can delete it. User:Cam Eron14

Your undo's of my edits

You have undone some of my contributions, and i disagree. There was a need to remove non-city sets from City set-list and non-creator sets from creator set-list. Why was it undone? They were clearly non-correct. Why was undone my edit on correct category of Fire Starter Set? It is clearly Fire and not Great Vehicles. Ybsone.Ybsone (talk) 15:00, November 1, 2015 (UTC)

In my custom, I am going to create a space suit for you. I am thinking of making it white, but in Xsizter's custom and your profile, it is yellow. Do you want a yellow space suit or white? Or do you want another color? --GOLDNINJAMX , (Talk) 19:56, November 21, 2015 (UTC)

Hi LEGOFan999 I've been making some edits to this wiki and you've been editing what I just edited so have I been doing stuff wrong and If I am doing it wrong can you give any tips? Thanks for your help! also have I send this message right because I've think I've kinda done this wrong. I'm a noob but thanks anyways (Finnthestargeek (talk) 20:23, November 27, 2015 (UTC))

So you probably saw that GoldNinjaM dude. Even blocked him. I would like to warn you that he is a hacker. From what I know, his goal is to destroy and succeed me (very similar to Hush). I have dealt with him before and he could be a potential threat. --GOLDNINJAMX , (Talk) 22:34, November 28, 2015 (UTC)

Hi, i don't know if you got my message on the serpentines wiki but your the second xmas contest judge. Can you be on chat between 7-10pm tommorow?

Retrieved from "https://brickipedia.fandom.com/wiki/User_talk:LEGOFan999?oldid=1720114"
Community content is available under CC-BY-SA unless otherwise noted.