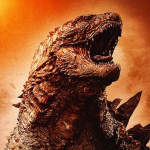 Hey thanks for joining the Skrall Tribe! Just put {{User:TheBakonBitz/User GlatorianMember}} on your page however you would like! It should turn out like this:

Hi, I've awarded you the following award for your work on the Galaxy Squad pages!

Would you accept a nomination for Brickipedian of the Month? -- Jeyo Lord VladekTalk The Forge 10:56, September 4, 2013 (UTC)

Hey LEGOlas, can I join your HF Playsets theme? I think it's interesting. Can I?--SullyfrogMsrady (talk) 14:35, September 28, 2013 (UTC)SullyfrogMsrady

Wait. I'm talking about how, its like...You know how custom themes like Monster Fighters have multiple users on them who ALL make their own sets in that theme? That's what i'm talking about.

May I Draw Your Attention To...

My user blog. Your one of the only other 2 users I know who has LOTRO!

For more information on this award, go here.

You have my belated congratulations for being this month's Brickipedian of the Month! Post this code on your userpage:

and enjoy this lovely sight:

How did you get those two new customs pics so good n LDD or do you not use LDD?

Yes it is! B) But we're being VERY delayed unfortunately. :( But they'll be up sometime... o_O

I have got a Question!

Excuse me and hello, I am Prince of Erebor. Nice to meet you! I want to ask what is Customiser of the month. And also what is a Gold Brick?

Retrieved from "https://brickipedia.fandom.com/wiki/User_talk:LEGOlas?oldid=1626120"
Community content is available under CC-BY-SA unless otherwise noted.