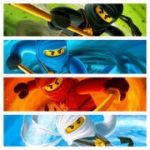 aka Ninja of Elements

Please stop adding categories to pages, they already have all the categories they need. -

No worries, but you don't need to add the piececounts either. They're already there as hidden categories. :) -

I would assume that they are copyrighted, but, since we're not using them for profit, I think we can use them. Still, use whichever ones you want. -Cligra Join the redlink war!

Per Darth henry. One thing, though: could you ad the code {{Rating|unrated}} to the top of every page you create? It would make my job much easier. Thanks for all your good contributions! -Cligra Join the redlink war!

Thanks for creating all of those Ninjago card pages, but please don't add categories like ninjago animals, part images, games, or ninjago to parts pages. They don't fit our Category Guidlines. --Berrybrick (Talk) 22:28, April 23, 2012 (UTC)

I'd say you should; just give it a "TBA" in the title where the numbers would be, and a conjecture template. -Cligra Join the redlink war!

I'm not entirely sure what you mean, but any reliable information about it should definitely be included! -Cligra Join the redlink war!

I don't think it's CGI... Jeyo Lord VladekTalk The Forge

Retrieved from "https://brickipedia.fandom.com/wiki/User_talk:LegoRokz112?oldid=1098872"
Community content is available under CC-BY-SA unless otherwise noted.