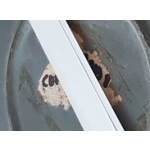 Is you avatar a picture GORT? ▂▃▅▆▇█▓▒░Eagleeyedan▒░▓█▇▆▅▃▂

I was wondering if your avatar was a picture of a robot named GORT from an old sci-fi movie. Guess it isn't :P ▂▃▅▆▇█▓▒░Eagleeyedan▒░▓█▇▆▅▃▂

Due to your recent edits patroller rights have been applied to your account. Thank you for your contributions! klagoer

Do you want to be there?

Do you want to be a playable character in Custom:Second Quest of LEGO Multiverse among other Brickipedians? How should I design you?
Shiva
14:07, September 2, 2017 (UTC)
Retrieved from "https://brickipedia.fandom.com/wiki/User_talk:Lego_Whovian?oldid=1865763"
Community content is available under CC-BY-SA unless otherwise noted.