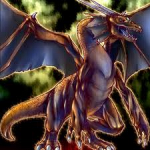 Can you join minifigure wiki? -BobaFett2

I would like to repeat what Nighthawk leader said, please do not remove international pricing from the infoboxes, we aren't all Americans. Kingcjc 19:44, January 11, 2010 (UTC)

Further attempts to remove these prices after being told by two administrators that this is in the Manual of Style may be deemed as vandalism and treated as such. NightblazeSaber 22:11, January 11, 2010 (UTC)

No worries :) It did used to be US dollars only before it was voted to include international pricings about a year ago. And what you did with the pricing in 2010 was fine (removing the Euros prices)- currently for year articles we use US$ only since it isn't meant to include as much information. But everywhere else should contain international pricings as per the MoS. NightblazeSaber 03:18, January 14, 2010 (UTC)

Read this next time add a category

Re: Talk on squrtlie's page

You have had you WIP on Slave 1 for almost a week, can you ether edit it and take the WIP off or let me edit it. Kindly regards Agent Charge:

The WIP Template doesn't mean that others shouldn't edit it. It only states that you should not make MAJOR changes. BobaFett Talk

Oh, yeah, now I know. And as I know it wasn't squirtle, it was Zaxzax12 who did that by uploading a new version of a file. That means the name stays but an other (better) image is uploaded by that name. You can find that feature at Special:Upload. He uploaded a new version of File:Bob.jpg. It's not really productive when somebody uploads a totally different, new version of a file since then the old image is lost. But because the file was called "Bob.jpg", a character from LEGO Universe, I didn't revert that, I just uploaded an other image from the Slave I wings. :) By the way, I think it would be better when you don't upload images letter for letter (File:Bo.jpg, File:Bob.jpg, File:Boba.jpg), you can simply put numbers behind the name, like BobaFett1.jpg, BobaFett2.jpg, BobaFett3.jpg ect. I think that will solve the problem of misunderstanding of such "Bob" images. :)  Samdo994 talk contribs  09:52, July 27, 2010 (UTC)

Yay!!!!! I can make you one if your gonna' be patrolling. Thanks again!!

Sorry about that. I was a bit quick about it. I also needed to fix some spelling errors the first time you put it in. You really found the minifigures at Target? I've been getting all mine from Toys 'R' Us, and it's burning holes in my wallet.

I really need to get out to Target. There is like one only 5 miles away from my college campus, but I can't get there without a ride, and I don't have my car on campus. I bought three from the first wave (2 Divers and a Forestman) and three from the second wave (Pop Star, Mime, Lifeguard). More than ten dollars down the drain. But I made sure to feel what was in the packages before buying them. If I have to I'm going to try to ride my bike all the way to Target.

Hi man I'm really sorry I haven't been editing on your star wars universe wiki. You can take my administrator rights away if you want to. I'm truly sorry I haven't been editing. But anyways, I found this abandoned wiki(iPods wiki) and I am in dire need of a faithful editor like you. You can be an administrator too if you'll be a constant editor.:) So, what do you say dude??:)

Yeah, I know. I'll try to edit on star wars universe wiki. Cool,an iPod touch eh. I have one of those too. What happened to your iPod touch, did the screen get wet or something. I just got mine recently. Ok, thanks Jurassic park, and sorry about not editing on your wiki again.:)

Ohhhhh. How did your iPod mini break. I know someone whose iPod nanos screen that just went out. The new iPod touch is rad too.:)

Oh. The other day my iPod touch's internet was loading for a long time. But then I reseted all settings and all was well.:) I've heard stories of iPod nanos catching on fire.D:

I have a 3rd gen iPod nano too. I wonder how they catch on fire??•: maybe it's just a factory defect?

Hi, I'm currently a Rollback and Patroller here at Brickipedia. Although I'd love to be an Administrator and I doubt I'd ever suceed. I think you do derserve to be a Rollback as you do meet all the requirements but you make very few edits a month. What Nighthawk Leader was trying to say was that you have made enough edits but he would like to see you make more edits regularly. Tell you what if you make say 5-10 edits a day for 3 days starting from tomorrow I will Support you're request for Rollback. Kind Regards. SKP4472 Talk 13,998 Edits! Devoted Editor of Brickipedia 11:11, October 31, 2010 (UTC)

I find the New Look of Wikia kind of complicated but when I find a Page that is quite hard to get to, I add it to my favourites. If you still want to be a Rollback then put in another request and I will Support you as long as you make about 10 edits a day. I might even put in a request for adminship at the same time. Kind Regards.

Retrieved from "https://brickipedia.fandom.com/wiki/User_talk:LtGenSpartan?oldid=1500506"
Community content is available under CC-BY-SA unless otherwise noted.