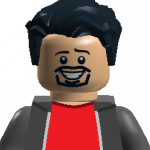 I think I'm done, man. I'm sorry to leave now with all these problems but I was holding leaving until wikia did something I was strongly against. They did so I will be going. I'm too busy to write a leaving blog, but I am going to try to be gone now.

There will always be Brickimedia to educate about LEGO. At least they run will a sense of what the community needs. I am not editing there now but I feel like it is somehow better.

If you leave, this wiki will be were it should have been in 2014. I don't feel like that is bad anymore.

If you choose to stay, do not do this by yourself. You need lots of help. I sure did back when I adopted this wiki but I did it all by myself. It was terrible.

Keep in mind again that this is currently one of two LEGO encyclopedia. I find nothing wrong with letting this old one die even after all my work I put in.

WHY DID YOU BLOCK BENNY AND MARTY! YOU SUCK! I HOPE YOU DIE!

Marty and Benny are blocked/banned?

Neo, Benny is running for bureaucrat now. I know this account of his doesn't qualify for becoming bureaucrat but I hope you realize that from the edits and time of his old account he does qualify. http://lego.wikia.com/wiki/Brickipedia:Requests_for_Bureaucrat --LBTB3 (talk) 14:17, August 2, 2016 (UTC)

Do you know why Benny was blocked? That's the second time he's been blocked on this wiki, and I don't think he did anything wrong. VesperalLight (talk) 10:27, August 3, 2016 (UTC)

Some Suggestions for a videogame

Hey bro, can I have somethin'? How about a soundtrack for Brickipedia: The Videogame?

I made a custom movie called the Custom Club it might be my last custom, and thanks for convincing staff for increasing our blocks, I really appreciate it :) martin mcfly (talk) 09:03, August 9, 2016 (UTC)

I like your Custom Filthy Frank Figures (and your meme worthy clean Lego puns you put for most of them), I made my own. The ones I have made include: Filthy Frank, Pink Guy, Red, Salamander Man, Safari Man, Prometheus, Shaman, Lemon Man, Chin Chin, Plastic Pinocchio, and I an Curently trying to make Green. I haven't made any of the other characters you have already made but I plan to in the future when I get the pieces.

I thought I told you, but I was on vacation. I'm back now ready to edit again. If there's anything that you need me to edit or fix please notify me. I really hope you kept the wiki safe while I was away! --LEGOBennyBrick3 (talk) 11:51, August 16, 2016 (UTC)

About this page: http://lego.wikia.com/wiki/42032_Compact_Tracked_Loader Shouldn't this page be considered Class 1 now? The set is released.

Ok. So why is X gone? I mean I know why Toa and Benny left, so I guess it's just us. I've been swamped with school, and there has obviously been some severe drama going on. I don't know what has been going on around here, so I would appreciate if someone told me. Thanks.--Ahawk007 09:57, September 15, 2016 (UTC)

Apparently, rats too much. Remind no longer communicate with you. Everything is reflected in the "history". --
The Lego Grøup
22:46, December 23, 2016 (UTC)
Retrieved from "https://brickipedia.fandom.com/wiki/User_talk:MLG_Neo-Futurist?oldid=1839441"
Community content is available under CC-BY-SA unless otherwise noted.