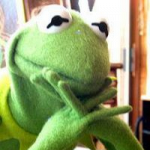 Hi, please can you stop changing the image sizing in the infobox templates please. If you are worried about images stretching, use |Imagesize = . Thanks, --Lewis Cawte (Talk - Contact) 09:49, September 12, 2010 (UTC)

Welcome to Brickipedia! I'm BobaFett2, a frequent editor. I love to help newer people so if you have any questions, please ask me! BobaFett Talk

Thank you for nominating me! LEGO Lord

Me and Solar discussed it and feel you should hold off from making a forum on it at the moment, and continue to question the silly decisions he makes. We need to talk sometime, but I can't get on in the day anymore. What times are good for you? ---It's a Kind of Madness--- Kingcjc 16:46, January 18, 2011 (UTC)

Retrieved from "https://brickipedia.fandom.com/wiki/User_talk:MakeShift?oldid=761864"
Community content is available under CC-BY-SA unless otherwise noted.