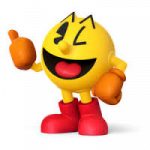 I saw your Lego Spiderman meme and it made me laugh, however cabob is spelled kebab (Which would make is SO much funnier!) Arieus (talk) 08:33, November 9, 2013 (UTC)

Hello Marvel could you make me a second version as the Green Goblin only the classic version , please.

- Mr. Brix My talk All Hail the Blobby Religions!

HOW DO YOU DO YOUR FIRST USERBOX?I NEED IT IN MY LIFE. Who are you?-^ (Marvel)

P.S. can you please at least respond to my request to be either Black Panther,Carnage,Chamelion Epicportlemaster101 (talk) 13:28, November 29, 2013 (UTC)

There.I have now informed users NuffSaid,and Darth Henry that it is extremely low to make a wiki about yourself.--Epicportlemaster101 (talk) 13:10, December 8, 2013 (UTC)

Can you please tell everyone who know's LEGO Bludhaven to some to the LEGO Bludhaven Wikia, if they don't know what it is tell them it's here: [1] —Unsigned comment by PatrickSt789 (talk • contribs).

Thanks for the Friend Award! :D

Is the Lego Marvel Super Heroes 2 talk page open? Cause I know a few people who would like to discuss minifigures you need.Anniecpw3 (talk) 02:48, November 29, 2014 (UTC)

Excuse me, on your custom "LEGO Marvel Superheroes 2" for Green Goblin, you have a picture of Demogoblin. For "Ultimate Goblin" it should be "Ultimate Green Goblin" and for "Goblin (Comics)" It should be replaced by "Demogoblin" with a picture of Demogoblin, replacing the picture of Classic Green Goblin. P.S. You should add Hobgoblin, Carrion, Jackal, Chameleon, Tinkerer, The Big Man, Negative Zone Spiderman, Mr. Negative, The Enforcers (Ox, Montana, Fancy Dan) and Miles Morales Spiderman. Also, you should change the name of "Black Spider-Man" to "Symbiote Spider-Man" so it doesn't sound racist, aswell as changing "Spidey" to "Spider-Man" Jason 17:58, December 14, 2014 (UTC)JJpivotz

I see you changed Demogoblin's name :D, yet, the "Goblin (Classic)" is still regular Green Goblin, and the Bigfig one is "Green Goblin (Ultimate)" Jason 22:44, December 15, 2014 (UTC)JJpivotz

Could you please remove the Peter Quill character, we already have Star-Lord, we don't need a dupe character... Especially if they have the EXACT same abilities.. Jason 18:18, December 30, 2014 (UTC)

Hello Marvellover157 can I please help you with your custom game LEGO Dimensions 2 Thanks,Trey2006

Hey, do you want to help me do my wiki its all about me?

What do u mean i have to contact u for the lego dimensions 2 because if u mean talk i can but otherwise i probably can't!

What do u mean i have to contact u for the lego dimensions 2 because if u mean talk i can but otherwise i probably can't! Trey2006

Hey, just wanted to let you know that I didn't alter that section in any way. I just added a custom video games category to it. I'll try to look into it and see who did that.

Why would he think I would do something like that? I'm part of the staff here, I wouldn't be likely to break a rule. I'll message that user and give him a warning about not editing other people's customs. Thanks for telling me VesperalLight.

It's ok, by the way I'm not an admin. I'm actually a chat mod but I'm working towards becoming an admin.

Hey, Marvel, I was wondering if you were still working on Superior High School, I was wondering if you could add what the enemies look like, since I'm adding it to Lego Multiverse. Also, I was thinking as an idea for more students, you could add people from Brickipedia. Just a suggestion :) I can also design them if you want. I just will have to do it on paperBrownieBunny101 (talk) 18:32, February 13, 2016 (UTC)

Retrieved from "https://brickipedia.fandom.com/wiki/User_talk:Marvellover157?oldid=1728910"
Community content is available under CC-BY-SA unless otherwise noted.