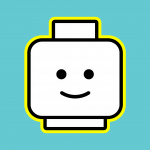 Now I know your good

Thanks for the reminder. I just wanted to wait until the import is finalised, before also moving on.Minifigur (talk) 12:09, January 14, 2014 (UTC)

The LEGO movie novelization indicates that the characters do live in the human world -- with objects like a lollipop stick, a cue tip, and KRAzy GLuE appearing. --Jay 18:41, January 24, 2014 (UTC)

haha, alright. That's true. And in this case I could claim the movie is set in Germany since Bricksburg has the common German ending for town and village names (burg means castle that's why it's so common). Also the language argument is also not the strongest, since the movie will be released in other languages as well (of course it's not original then, but hey...). But yeah, let's not get caught up in this and just enjoy this colourful little wonderland and nationless Emmet. Minifigur (talk) 18:51, January 24, 2014 (UTC)

Retrieved from "https://brickipedia.fandom.com/wiki/User_talk:Minifigur?oldid=1569205"
Community content is available under CC-BY-SA unless otherwise noted.