That turns out as this:

I'm not sure if you already know this, but I'm a Brickfilmer. I liked your idea for the LEGO Games so much, I was wondering if I could have your permission to make a Brickfim about it. We could discuss the script and contestants via talk page.--LSHF (Talk) | Super Villains resembling zombie Hagrid, there is such thing.

YES! yes,yes,yes, and did I mention YES! You have my permission and once you finish it could you please send me a link to it.

Great! Who should be in it?

You tell me who else wants to be in it. (You should probably get their permission) --LSHF (Talk) | When on chat, KNEEL BEFORE MODS!!!

I saw you made me for your custom theme, but I don't really want to be in it for a few reasons:

So, if you could, please remove me from the theme.

Hey Mr. Brix, can I be in the Brickipedia Chronicles/ I'll be a bad guy with a red double-blader lightsaber and a REAL long gun.

Several people have been complaining about being included against their will. Would you be able to figure out which users don't want to be included and promptly exclude them? Thanks. -- BrickfilmNut Productions!

Hello mr brix you recently put me in your theme without asking me so I really happy if you ask me before putting me in :) Megalor

For the movie, did you update every cast member on the list? The casting ended yesterday, and I'm going to start writing a script as soon as the cast is finalized by you. --LSHF (Talk) | When on chat, KNEEL BEFORE MODS!!!

As I mentioned on my LEGO Games News blog, I did not pick these tributes, they were selected at Random.org. Sorry you died so soon! --LSHF (Talk) | When on chat, KNEEL BEFORE MODS!!!

They are going from first to die down. So,
Warning: Spoiler to follow. Highlight to view content.

So sorry Mr Brix! I was so occupied these few days that I had forgotten about it! :O Oh dear! I shall start judging it now. You can expect the results to be out shortly.

It's okay, I'd have preferred a cape or something to look more like a Superhero, but if it's to much hassle don't worry about it. --LSHF (Talk) | When on chat, KNEEL BEFORE MODS!!!

Can I write descriptions for the character's in your Battle for Brickipedia? If you have any special things you want said for any sig-fig, I'll put it in there... btw, I'm a novice author. ;) CARMERVILLE: One Ring to rule them all (talk) 21:22, April 6, 2013 (UTC)

And also, when you make my fig, please make the title be "Erkelon (Brickipedia Chronicles)" because I want to use the other name for something else. --ErkelonJay

Thanks... and your welcome. I worked s little hard trying to make some backstories for each character and I'm pretty happy with them now. If there's anything else you need done, just ask. CARMERVILLE: One Ring to rule them all (talk) 11:58, April 7, 2013 (UTC)

Okay, you need a new mechanical/builder guy like Nuff and another lover for Soup. CARMERVILLE: One Ring to rule them all (talk) 12:07, April 7, 2013 (UTC)

Eh, want to use that name too... User talk:ErkelonJay

This will take a while, and it will be posted long after Brickimedia goes live.Also, I will be unreachable for the rest of today, most of Saturday, and Sunday-Friday, so I can't work on it then. --LSHF (Talk) | When on chat, KNEEL BEFORE MODS!!!

What do you mean?

Do you want me to make it for you?

It's from a new Middle Earth video game... if you want a certain character I can load it onto the wiki.

There's no Balin yet... he'll probably get uploaded soon. Here's an almost complete list of what they've got:

There may not be any more, if there are they would be on the new wiki.

Your signature is currently not in proper order of the Brickipedia:Signature policy, the rule being broken is:

Can you explain what you meant by this? I don't quite understand. :P -- BrickfilmNut Productions!

Ah, well I don't think that's the sort of conversation that can be planned. :P If one similar happens to happen, though, then feel free to record and post it. -- BrickfilmNut Productions!

[ Hey Brix, your sigfig is here.

Hey Brix. I'm confused about your recent edits to the The Lone Ranger pages. You did say you were moving off of wikia with us, right? -- BrickfilmNut Productions!

Dang, too bad; more competition for us. :-/ Sorry for the confusion. -- BrickfilmNut Productions!

Nope, now sarcasm was intended; sorry if it seemed that way. :P Anyway, I'm relieved to here that you'll be joining the moving community at some point again. ;-) -- BrickfilmNut Productions!

We can do whatever we want to the pages that are moved. The admins let me as long as the pages are moved. Soupperson1 Brickimediaz (take away the z) this is not an ad :P

It have been months and I have not got my Brickipedia Chronicles character. Please Hurry! :(

No, it's to make your own space theme, also, yes, physical is allowed. --Knight

Just a theme and a story-line. Plus one set. --Knight

No problem. While I understand why Berry is upset, and can kind of relate to it, I also understand that these mixed sentiments are a bit hard to convey. I didn't quite get your last statement in your message, though. Were you saying you wished there could be Brickimedia and wikia? BrickfilmNut (talk) 20:32, June 21, 2013 (UTC)

Ah, well, that would be hard to do without losing originality; if we were exactly like wikia, then there would be no point of having another site. :P If it gets back up, though, feel free to suggest specific changes to the developers. BrickfilmNut (talk) 20:40, June 21, 2013 (UTC)

Thanks, but if you're referring to the blog comment I recently left on some customs blog of NuffSaid's, then those aren't my customs, they're infact collaborations of two great friends of mine; Awesomeknight1234 and Br1ck animat0r. Please elaborate on what you mean by "what do you use for background," also if you wan't to know what happens you'd have to ask Awesomeknight, but I doubt that he's even thought it up yet or that he'll even tell you. My customs can all be viewed through links in this template. Clone gunner commander jedi talk

Hey can you make me in the Brickipedia Chronicles as a villian. Like the one you made me before ~ Saburo

K but can i be in the chronicles ~ Saburo

Actually could i plz be a hero ~ Saburo

I posted the description in the Re: Re: Just a Question! Sibo

Thanks for calling me over to chat on my talk page. It was fun talking to you! I'll come up with a good nickname for you one of these days, don't worry. You should drop by TheLegoMessageBoardsWiki sometime! I'll show you around if you want. And thanks a bunch for listing me as a friend. I am honored. I'll see you around! =)

Who is my hairpiece reused from in> Soupperson1 Brickimediaz (take away the z) this is not an ad :P

Are u gonna make a brickipedia chronicles logo? ~ Saburo

Does the winner get a shout out on the article? ~ Saburo

Can you make a hero of me

The Figs Are Done

Sorry no I pasted the code of someone elses and made it mine, I dont know how to do it on someone elses instructions. When i filled in the colors i wanted, I just chose random ones, not knowing were they would be. You can copy mine though and make it the colors you like [[User:Saburo954| Saburo954 Chit Chat Night Club

Does this work for you?

Sorry for Stealing your idea

I Really wanted to make an Spiderman theme but i didn't want to copy, But well the past is the past.I Apologize for Stealing your idea :( But i stole only 1.And the Rhino one i didn't know you had an idea for it :/

I would like to know why you have blatantly copied my theme, Ramage's characters, and their backgrounds, etc. I am not very impressed by it, and find it very very annoying that my own ideas have been reused so blatantly. For example your Custom:The Raven, and my Raven, and also your hero "The Eagle", is extremely similar to my "The Golden Eagle" protagonist. Oh, and also, "Dr.Morph" by you is an extremely obvious copy of Dr. Morphinicus.

Can you please explain yourself? :/

I was probably too rash on you. You can keep the pages up, if you wish. I commented on the theme a few hours back, as did several others, ignore those messages.

I mapped out the layout of the story and have preliminary designs for some people. And yes, I'll credit you for those (just maybe more formal than "The Idea Maker"). Legosuperheroesfan (talk) 23:45, September 25, 2013 (UTC)

Nice new custom. You should make him a theme, maybe with his penguins? Macy Talk

Np, did you start to work on it? Macy Talk

So about that PM this evening. Eem.... leave me a message what that was about, i was preatty busy.

Well the Customs were made in LDD,but I went through with a paint program and edited all of the lines,and the picture was taken with Snipping Tool,hope this helped.--LEGOlas (talk) 04:59, October 22, 2013 (UTC)

How does it go

On the official Warner Bros. site for the movie, there's a Sigfig creator. I recommend you look at it, it's quite cool. The URL is: http://thelegomovie.warnerbros.com/index.html --NightWolf150 (talk) 21:47, November 2, 2013 (UTC)

So, How are you? Just thinking about TBC. Just ask if you need any help! :) ~ Sibo, Balin, at your service ~

This badge is awarded to all users that are my friends

Actually, I am Sumit082004, but I forgot my password so I created another account. So, you removed me from the BRickipedia Chronicles, but why?

Here is the Avatar you asked for! 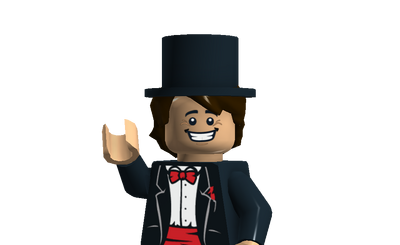 Are you sure you want the same Head as me? It looks very much like my avatar in a different outfit. I can give you (almost) any head from series 1 - 11! Plus any of the other heads on LDD. 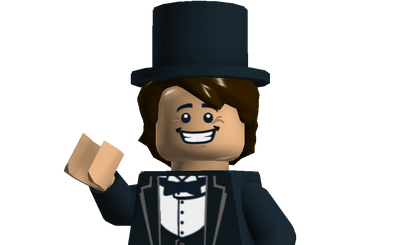 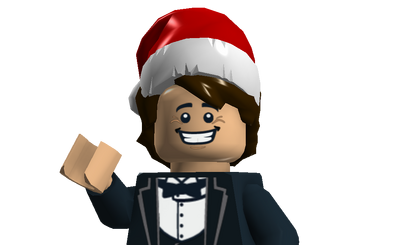 Dude i was away

I was away doing snow jobs. So now im in chat. user:Korppufin I posted this at 13:59 Finnish time.

Why am I not in TBC? And it has been months since I asked you to put me in. You put me in, without an image. And then, after a long time, I came. I expected to see an image for my character, but my character's name was GONE! Why?

Brix, i always get frustrated when you mess up, but i'm TRYING not to yell at you, i try to work with you best but my anger issues just stop me from everything. Also, i'm worried if i keep pointing out a mistake you will get angry and leave the Roleplay, so i don't know how to point out the mistakes. -- King Kahuka | Blacktron Council | Fleet Academy

where did you find those lego movie set pictures like that police dropship By:Sparky45

Really good community contributing, your partnership with Kahuka will be great, and really engage the community! --Czech 09:45, December 30, 2013 (UTC)

No, we quit after the huge output of RPGs being produced... -Nuff

I'd currently prefer that Raven stayed with my storyline, as he is vital, and is already part of a villain group in my series that I planned, sorry. --Czech 02:46, January 9, 2014 (UTC)

Hey, Brix not to sound selfish or anything but I haven't heard anything back from you about the Super Heroes Roleplay. LEGOcrazy!01 (talk) 00:27, January 11, 2014 (UTC)

Why have you not been posting Comments on your Chima RP?, I've posted up Pango and you haven't even replied yet?, besides, are you here?