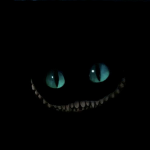 Hey NightWolf. Just wanted to thank you for your edits. :P I apologize for not congratulating/thanking you sooner; many of us are busy with the move off of wikia onto http://www.brickimedia.org. Anyway, keep up the good work! :D -- BrickfilmNut Productions!

Hey NightWolf come check out my blog i made you!

I'm about ready to get started on it. Some questions on color, I'm going to be using Metallic Silver (the only color I the wolf helmet comes in), are there some other colors you want to see in it? --Jay 17:17, August 13, 2013 (UTC)

Hey, can I make you a custom minifig?

Sure. I'd like a werewolf, elf, wizard, or sci fi character, preferably with a colour scheme of purple, black and silver. Robes, a modern outfit, or space suit are all fine, for accessories I like sci fi weapons, swords, daggers, a staff, claws or a computer. Sorry if this is over complicated.--NightWolf150 (talk) 17:46, August 13, 2013 (UTC)

Could you fix my name on your sig fig blog?

Hello how did you get those cool sig-fig pics you made on Custom:NightWolf and you labeled them as Lego Movie. Please respond to me on my talkpage.

How did you get your guy so close?

Please respond as soon as possible on my talk page.

Would you mind cropping the latest photo I uploaded please so it is like yours.

User blog:NightWolf150/NightWolf150's Sigfig Blog do you hate me or something? -- King Kahuka | Blacktron Council | Fleet Academy

Can you get on chat? --Knight

Retrieved from "https://brickipedia.fandom.com/wiki/User_talk:NightWolf150?oldid=1591202"
Community content is available under CC-BY-SA unless otherwise noted.