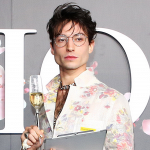 aka Obi the Pastel Pink

What did I do wrong? You said you wouldn't read it unless someone reported it, and I sent it to myself, and never reported it. I'll find it in the logs and show what you said to Drew later. -MassiveSodaDuck 17:36, June 22, 2013 (UTC)

And can you get the logs and point out exactly when you said that I could say that in the content, but not the title? No, because all you said was "As long as nobody reports it, you can post it". So you can't block me for 3 months for something I thought you said was ok. -MassiveSodaDuck 17:52, June 22, 2013 (UTC)

Retrieved from "https://brickipedia.fandom.com/wiki/User_talk:Obi_the_LEGO_Fan?oldid=1503181"
Community content is available under CC-BY-SA unless otherwise noted.