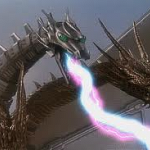 Why are you putting chima pictures on here?!

You just have to enter via a comment here, and you can post your entry in the same place. You don't even have to "enter" specifically, anybody on Brickipedia can post an entry. :) -Cligra Join the redlink war!

There isn't a reply button, you simply write your message in the white box with "Post a Reply" written in it near the bottom of the page. -Cligra Join the redlink war!

Retrieved from "https://brickipedia.fandom.com/wiki/User_talk:Pythor9449?oldid=1213724"
Community content is available under CC-BY-SA unless otherwise noted.