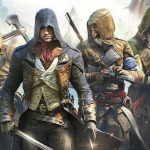 Hey, it's me, Knight? Can we chat? I'm lonely.. Aldendan Knight Forever Knight Time! the question is: is or is not

Possibly I imagined u as a hero.

Nope it's Erkelon I am still not sure if your're going to be In TBC.

Basically I found a random signature, copyed the code and then doctored it to my taste. Do you want me to make you one? Darth henry The Dojo Turtles! 22:21, July 28, 2013 (UTC)

Hi. Could you please not remove templates on customs pages added by moderators? If you are not done with at least two items related to the theme, you should probably wait until it is ready to meet our standards. Thanks. --Berrybrick (Talk) 00:31, July 31, 2013 (UTC)

I'm thinking of making a contest for the best logo to win.

Sorry I am so late in you I have thought about making a TBC wiki and am deciding right now...

The fact that there is an image doesn't mean there must be a caption for it. -Legoboy

I'm pretty sure "having fun" isn't the point we all edit. -Legoboy

The thing is, you aren't helping the wiki with that, so please just stop arguing and don't add the captions. -Legoboy

Saburo could you please make me a signature like yours only the boxes have a pattern (Purple,Green,Purple) and the first box says My Page (with a link to my page of course) second box says Talk Page (link to my talk page) and Blogs (a link to my Blogs Page)

here is a link to sig page User:Mr.Brix/Sig

Please don't put {{Brickify}} on Custom pages. It is for mainspace articles only. --

If you ask anyone for a female user they'll just say me :P. As I have most edits/chatting/activeness of all the other female users. I've never heard of your sister. And I thought you said she was under 13 before?(on some blog) Soupperson1 Brickimediaz (take away the z) this is not an ad :P

Whoa. You are taking this WAAAAAAAAAAAAAAY too bad. Not only are you NOT taking good advice from myself and other users, but now you're threatening not to help the wiki if Nuff doesn't apologize. That behavior, if followed through, is the ultimate reason to ban you forever. Also, why are you bringing this up in blogspace? Bringing your problems up in public is immature and won't get you friends on the wiki. My advice is to not talk to Nuff (unless requested to), ignore blogs, and focus on editing. Mind you, if you don't, you're probably going to be blocked. --Jay 16:55, September 5, 2013 (UTC)

Saburo, please, no more personal attacks. That attack on Legoboy was uncalled for. Please refrain from such things in the future, or else a short block may be in order. BrickfilmNut (talk) 23:56, September 6, 2013 (UTC)

Hi Saburo - unfortuntely, only members of the Quality Control Group can change ratings. If you feel the article is worthy of class three, post it here and hopefully a member of the QCG will agree. :) ~ CJC 11:45, September 7, 2013 (UTC)

You know, removing others' comments from your talk page (like you just did) is rather immature behavior, especially since it can and will be found in your talk page history. --Jay 18:12, September 8, 2013 (UTC)

[1] Irnakk came back for a moment, but for the wrong reasons. According to him, his personification in The Adventure Begins runs contrary to who he really is, and so it's not a suitable way of honoring him. If you want to keep the theme, rename the main character and give him a new backstory, and you may have more people liking it than the very few at the moment. --Jay 21:02, September 16, 2013 (UTC)

I am sorry for saying nobody will like your theme. -Nuff

Hi Saburo. I keep seeing comments by you that aren't very friendly and see on your talk page that you have been warned about this before. I know people seem to be quite rude to you as well, and if I see it I will try and deal with it, but the solution isn't to act the same way to other users. If you feel people are picking on you, leave a message with myself or another administrator and it should be dealt with. Any questions/concerns just ask me :) Thanks. ~ CJC 18:36, September 18, 2013 (UTC)

Your sister and another user that hasn't really contributed to the Wiki as a whole. Most of the active users dislike it.--Jay 00:22, September 19, 2013 (UTC)

Hi Saburo. I've noticed you've been deleting a lot of warnings and complaints from your talk page without answering or addressing them, as well as how you consistently fire back at anyone who offends you (accidentally or intentionally), but meanwhile you have been acting offensive yourself. Many people are getting quite tired of this and I've gotten several complaints about your behavior. If this sort of thing keeps up, I'm afraid I'll have to give you a short ban. I hope it doesn't come to that, though, so it'd be great if you could mellow out a bit. :P (And if you remove this warning, your block may come a lot sooner.) -- Jeyo Lord VladekTalk The Forge 21:48, September 26, 2013 (UTC)

I accept my nomination for the Customiser of the Month award!

I have already made the Figs I'm just having ALOT of trouble uploading them... The Plug we use to transfer the pictures from the Camera to the LapTop has been lost! :(

PLEASE TELL ME HOW I DO SOMETHING LIKE THIS!

YOU JUST EARNED THE Saburo Y U NO MAKE ME?! BADGE!! —Unsigned comment by King Kahuka (talk • contribs).

I'm glad to see that your attitude has been improving. However, you still seem to be blaming other users as the target of accusations when it is glaringly obvious that they are directed at you. Please do not begin calling names falsely, it only serves to make them hate you. If you can learn to accept your past mistakes, you'll be well on your way to becoming a legendary editor. --Jay 01:17, October 9, 2013 (UTC)

In that case, instead of simply being mean back, you can go ask an administrator or chatmod for help. (Berrybrick would probably be best at this.) --Jay 19:49, October 9, 2013 (UTC)

So we just continue undoing eachothers edits rather than sort it out? Oh well...

Another thing: I'd like to take care of my profile and talk page myself, so please don't delete questions adressed to me and especially not with adding comments like "*eyeroll". It's really unnecessary. Minifigur (talk) 19:22, October 14, 2013 (UTC)

(Undo revision 1521895 by Legoboy9373 (talk) not childish, berry is childish for deleting toy fair images cause he hates them alone)

Can I use you as the next person on my Sig-Fig Contest? :D

But what about Nuff? :o

Nuff just entered. O_O You should see it. B)

I just reread the Customs Manual of Requirements, and one of the rules says to avoid release dates, the term "upcoming", and other things that make it seem that the set is official. Could you remove those from this page? --Jay 01:58, December 24, 2013 (UTC)

As a bonus, you also get an E-Figure!

Looks like you uploaded a lot of minifigure pictures for the LEGO Movie. They seem to be screenshots, are you sure you had the right to use them? Minifigur (talk) 09:45, January 25, 2014 (UTC)

How can you not know, where you have them from? See, if you used them without permission (and I am fairly certain you took screenshots from ArtifexCreation's YouTube channel) you are not helping the wiki, but damaging it's reputation. A few weeks back we had a similar issue with The LEGO Movie minifigure series and WhiteFang was not very happy about how his images were used.

Retrieved from "https://brickipedia.fandom.com/wiki/User_talk:Saburo954?oldid=1569816"
Community content is available under CC-BY-SA unless otherwise noted.