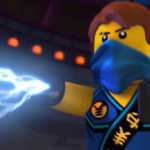 This is my talk page, if you have anything to say to me, please leave me a message! :)

Ok. Do you have a Brickimedia account? And if so, what is your username? (I am planning to move this conversation to Brickimedia Private Messages) Darth henry The Dojo Turtles! 01:46, April 1, 2013 (UTC)

Brickimedia Messages is here (at the bottom of the image. )

On Meta, under Community, you'll find messages. I sent you one so all you have to do is reply to it. Just make sure to flip the "Message Type" to private so no one else can read what you typed :) Darth henry The Dojo Turtles! 20:07, April 1, 2013 (UTC)

Do you still want to trade for the Wampa? Did you say you have several of the One Ring to trade? If so, how many? I would take all you wan to trade. LOTR figs I am interested in are the Ringwraith, Rohan Soldier, Eomer and any dark red capes. Do you have a list or picture of the other weapons?

Specific weapons would be: sai (any color), katanas (any color, black or gold is best), nunchuk parts (handle, short chain in any colors), golden fangs (small and large) and golden staffs. Other wants are robot arms and hands (exo-force style, any colors).

Do you have any black or brown hoods (like the Ringwraiths wear)? Another thing I want is hairpieces (any color, any type) if you have some extra.

Does that sound okay?

Ok, I'll have to get something to ship it in. Can you come on chat sometime to PM me your address and I'll give you mine? Times I'll most likely be on are Monday and Wednesday at around 5-6pm.

BTW, what time zone are you in? I'm Eastern Standard Time, we might have to synchronize. :S

I'll take the gold sai. However many hands and hairpieces as you feel is fair.

I am on chat right now. Are you coming?

The package arrived and everything is in order. It was a pleasure! :)

A scene from the movie's already out! :D http://www.youtube.com/watch?v=23_u_z1rFzU Irnakk Council For Lordaeron!

Retrieved from "https://brickipedia.fandom.com/wiki/User_talk:Samed5?oldid=1416738"
Community content is available under CC-BY-SA unless otherwise noted.