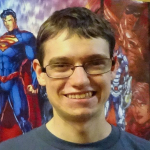 This little discussion is finished. You are six months late. I don't need a reminder of what happened last summer. SeanWheeler (talk) 03:40, January 2, 2014 (UTC)

Hey Sean. Even if the watermark isn't present in the actual picture, anything cropped from an image that has been watermarked is also not allowed. Thanks. BrickfilmNut (talk) 21:38, January 4, 2014 (UTC)

Oops, couldn't see the watermark. Seems to have been cut off and blended into the background. I'll try to be more careful. SeanWheeler (talk) 21:59, January 4, 2014 (UTC)

The two minifigs were cropped from a larger, watermarked image of the set; the watermark is only present on the "ship" part of the set that nobody cares about. :P Anyway, I understand the mistake. If you got those two images from somebody else circling them around and didn't crop them yourself, then yeah, there'd be no real way to have been able to tell. No worries. :P BrickfilmNut (talk) 22:04, January 4, 2014 (UTC)

I actually got them from this so technically I did some cropping to get the two individual images. However, the original image seems cropped as well and I didn't notice that half watermark in the corner. And I haven't read the deletion policy in a while, so it was an understandable mistake. Problem is that we no longer have images for the 2014 variations of Magneto and Storm. And why are we talking in the Viper section? That was about me reverting the Viper links to Madame Hydra because I didn't know of the demo shown that day. I think it is better to start a new section than to continue an old section with an unrelated warning, don't you? SeanWheeler (talk) 22:18, January 4, 2014 (UTC)

Changed section heading. And most people will probably be able to find the images somewhere else. Links to them are circling around a lot. BrickfilmNut (talk) 22:28, January 4, 2014 (UTC)

Retrieved from "https://brickipedia.fandom.com/wiki/User_talk:SeanWheeler?oldid=1559102"
Community content is available under CC-BY-SA unless otherwise noted.