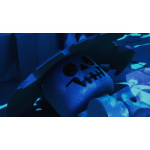 friends on the wik 1 User:LEGOFan999

Sorry, I did not make you the golden outfit. This is because I am working on my latest custom theme, Ninjago: Masters of Ninjitsu. I promise I will create the new minifig with the golden outfit after I am done with General Cryptor. --MLG NEO-FUTURIST , (Talk) 00:20, December 23, 2015 (UTC)


I just noticed that you wrote a false statement on the Overlord page that he supposedly originated from one of the sixteen realms. I told you several times not to write down any theories on the article page. Next time, it will be a block.--MLG NEO-FUTURIST , (Talk) 04:41, March 9, 2016 (UTC)

hi lego my favorite stupid and pathetic toy I got is the dumbest thing I have. Thanks a lot... (User:NinjaRoblox)

Retrieved from "https://brickipedia.fandom.com/wiki/User_talk:Spiner_wu?oldid=1810308"
Community content is available under CC-BY-SA unless otherwise noted.