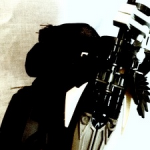 Thank you very much for helping with The LEGO Movie Pages! It was hard because we also had to remake pages for certain characters! I don't know how else I could thank you, (I don't know how to make Awards!) So I wrote this! Thinking with Bricks! 19:21, June 19, 2013 (UTC)NuffSaid

If you don't like wikia then why are you editing? You have every right to edit, I'm just asking a question Soupperson1 Brickimediaz (take away the z) this is not an ad :P

oh okay, good idea. Soupperson1 Brickimediaz (take away the z) this is not an ad :P

You should come onto chat. It's been dead lately (nobody talks as much)

I'm not really "back", just dropping in to say hi occasionally. And cool, it's pretty awesome right? :D -

I deleted it because CUUSOO kept updating their rules to make my project less and less likely to happen. -

Yes, but only in talk.

It was on poptropica from a chima add ~ saburo

I can understand what you're getting at, but, I'd much prefer it people were to actually ask before they make customs of my SigFig. I've even got it stated on my userpage, "Please, as a request, don't copy any of my customs" Clone gunner commander jedi talk

Video and Photos of the Week

Well, I don't know.. We COULD chat on ROBLOX about the history (if you get an account, obviously.) --Knight

Well, I think it would be easier if we could talk about it quicker and privately. --Knight

Oh. Thanks for explaining. Maybe we could use a test wiki you have? --Knight

Hey Jay, I was wondering do you want a custom minifig made? DK86

Uhh, what exactly do you want it to look like, I don't see the thing about what you want. DK86

It's a long story, but I wanted a "placeholder" avatar other than wikia's as I work on a new one. Maybe I should change it to a light grey before people start thinking I'm trolling, though... :P BrickfilmNut (talk) 18:11, August 18, 2013 (UTC)

Answer this: what do you want it to be? --Knight

Kinda how Irnakk or Saburo's is the description for it how I want mine is on Saburo's page...

Also could you add that for my sig...

Yes that works could you add it to my sig page please?

Hey ErkelonJay. Lately, there has been a little discussion on whether the Inferion should be more "natural" (as in, just pure shadow and fire), or more soldier-like, as Jeyo's current concept art demonstrates? Which were you envisioning? Oh, and sorry for doing this on Bricki; we're trying to resolve the issue without a big debate, and as such felt it was better to talk with each member "privately". :P BrickfilmNut (talk) 17:20, August 31, 2013 (UTC)

Well, Sci posted some sexual remarks on chat, which are unacceptable. I banned him from chat, before blocking him. He had already been given too many chances. --Czech 01:09, September 3, 2013 (UTC)

I'm putting this on your talk page so that the thread doesn't go off-topic. :P I guess maybe this guy... he's the only notable diver that doesn't appear in the set with a squid. BrickfilmNut (talk) 17:51, September 4, 2013 (UTC)

I will help others even if nuff doesnt apoligize. I would like an apoligy though

Yeah, the capitalization for this category is a bit odd, but it is what was done for Category:Discontinued Themes. :S BrickfilmNut (talk) 18:14, September 6, 2013 (UTC)

Edit summary for your userpage

I meant to type that I disagreed with the userbox, not the userpage. :P Sorry if there was any confusion. BrickfilmNut (talk) 18:03, September 12, 2013 (UTC)

GLaDOS has a yellow eye. --Knight

Rainy. Countrysidey. Usually accompanied by a comment/joke about how close the farmers are too their sheep. ~ CJC 20:58, September 13, 2013 (UTC)

Retrieved from "https://brickipedia.fandom.com/wiki/User_talk:Stormjay_Rider?oldid=1503076"
Community content is available under CC-BY-SA unless otherwise noted.