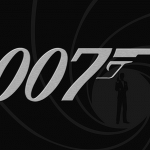 THIS USER IS INACTIVE AND UNLIKELY TO RESPOND TO MESSAGES. REASON FOR INACTIVITY: MOVED TO BRICKIMEDIA. IF YOU WISH TO CONTACT THIS USER, PLEASE GO HERE.

Hi, I'm sorry just to clarify, you are offering me a Wampa and want to trade for what? Is this a Lego Wampa or just a regular toy? What are you interested in, I have all types of LEGO stuff. VadersTraders (talk) 06:09, January 20, 2013 (UTC)VadersTraders

I tried to upload a pic but it kept giving me a permission error? I don't think I have any Ninjago weapons, but I could, I don't know anyone about the sets so I couldn't tell you, if they are used in Star Wars sets too, I'd know them there. I mostly have odd parts. I have heads and torsos to a green guy, think I have one legs too, think he's the snake looking one, but I don't have the snake headpiece part. I have a few of both the blue heads and blue torsos that looks like it has electric current on the front of them? It's like shiny lightening or something. I might have one pair of legs too.. I also have a few red heads that almost match the green snakelike heads, then a few torsos and legs that go with that fig too. The I have a few random torsos that I am not sure are Ninjago or not, but they look scaley on the front a as they are wearing a neck Ace with teeth on it? It's white with red lines down the middle, white arms and hands. You can email me at VadersTraders@gmail.com and I can try and send the picture there?

I probably would not be interested in a Wampa, I have two already and I also have two or three sealed Wampa Cave sets. But we can talk about trades and stuff. VadersTraders (talk) 23:54, January 20, 2013 (UTC)VadersTraders

I believe I have 5 or 6 one rings, and one dark red cape. I own many Ninjago skurikens and swords of fire, amongst other weapons. I also have a few gray cutlasses. I have others too. Are you looking for any specific weapons? Peregrin Took (talk)

I have one golden sai, and many katana swords. I also have snake staffs and exo force hands. I think I may have a few fangs. Peregrin Took (talk)

I think I have an extra black hood, but I have to check. I also have a few hairpieces. Peregrin Took (talk)

Sounds ok to me, but I have to gather all the items first. It may take a little while. :P Peregrin Took (talk)

Ok! I'll gather the itmes you requested, and then I'll try to catch you on chat tomorow. Peregrin Took (talk)

Yeah. I can do Monday. I'd rather not send until I can get Samed's shipped though. (Probably Tuesday or Wednesday) Darth henry The Dojo Turtles! 00:16, April 8, 2013 (UTC)

Errm. I hate to break it to you but I won't be able to trade the DJ or Robot to you. My friend who I was supposed to be trading to get an extra DJ and Robot got cold feet after he realized what I was getting. Sorry about that ._. (I could still trade those accessories though.) Darth henry The Dojo Turtles! 13:53, April 8, 2013 (UTC)

Hey, I only have one gold small fang. Would you take a golden sai or two gold large fangs instead? Peregrin Took (talk)

Also, how many hands/hairpieces do you want? I need to know so I won't give you too few. Peregrin Took (talk)

I did too. Let me know when it arrives! Peregrin Took (talk)

The package arrived, the wampa is great! :D Thanks a lot! :D Peregrin Took (talk)

Damn I'm so sorry for forgetting. Uh, the best way to do this is messages on Brickimedia (private setting) Darth henry The Dojo Turtles! 23:31, April 15, 2013 (UTC)

Hey, ummm, I left chat and forgot to write your address down... Can you just go on Meta, then go to my userpage (User:Darth henry) and click "Send a message". Make sure to change the message type to Private. Darth henry The Dojo Turtles! 22:33, April 18, 2013 (UTC)

When is your next Contest?????

Hello, this is Kingpinn2. Let me just say, damn. You came up with the most perfect remake of those lines from W.O.L. I've decided, I can't work on this alone. You, Me, and BrickfilmNut, need to work on this whole story as a team. What do you say, are you in? P.S. Please leave your signature next time or, even better, start using my talkpage here: [1]. Also, I prefer not to use the word crap in my story. I personally have no problem with the word. Its just, call me crazy, I want to impress TLG. -Kingpinn2 (talk) 00:41, June 28, 2013 (UTC)

OK, cool, I'll make some fixes to my minifigure model (maybe after finals) and then I'll do that. Should I just make it like your typical sig-fig avatar, or do you want anything changed? BrickfilmNut (talk) 20:24, January 3, 2014 (UTC)

Retrieved from "https://brickipedia.fandom.com/wiki/User_talk:SuperSpyX?oldid=1558440"
Community content is available under CC-BY-SA unless otherwise noted.