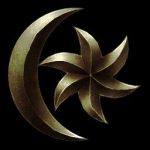 Please don't add pictures unless you're going to use them, it breaks Brickipedia's Deletion Pocliy. Thanks! DocDoom2--

Hi SuperSzym! Sorry it took me so long to get back to you. After checking the Brickipedia Deletion and Custom Policies I have found that: images that have watermarks or have copyright infringements aren't allowed. But using files such as the BIONICLE Logo for example, on Customs is acceptable from what I can tell. If I find out it isn't I will take the blame. Thanks for asking!
DocDoom2--

If you say they are from LEGO.com and use the LEGO copyright template, you should have no problem.--Toa Matau Destiny 21:03, November 3, 2014 (UTC)

I emailed LEGO using the contact part of their website, and asked which Robin was which. They said that the one in the bat-boat set was New 52 Dick, and that the Jokerland one was suppose to resemble Robin in Teen Titans Go!, which mean's that it is also Dick Grayson, because in that show, Robin is Dick. --JJpivotz (Jason) 22:15, February 17, 2015 (UTC)

That Figure is Lloyd

The minifigure that you named Morro in Attack of The Morro Dragon is actually Lloyd being possessed. I can't remember the link right now, but it is sourced, I'm not an idiot.--Ninja of Fire (talk) 01:54, February 19, 2015 (UTC)

Retrieved from "https://brickipedia.fandom.com/wiki/User_talk:SuperSzym?oldid=1685936"
Community content is available under CC-BY-SA unless otherwise noted.