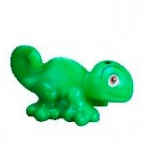 Hi, I've awarded you the following award for making the Advent calendar page.

Hi Szrz. As you maybe know (or not), I'm a new admin of the french Wiki LEGO, which was totally inactive when I start to edit it, it had less than 100 pages at my arrival (march) and now it has more than 2000, for a lot of them I put the structure (official background, official description) and will edit personal descriptions later. I come here to be in relationship with a community (since there are not many active users of the french Wiki LEGO), verify how the community here have solved some problems and also to put interwiki language links between the wikis (the thing {Fr|} at the end of the pages). A few months ago, when I have created the pages for the Toy Story figures, I have seen that there are 2 pages, but there are not 2 pages for the themes which are connected to Games (Harry Potter, Ninjago, The Hobbit, Lord of the Rings, Super Heroes...) so I wonder why. Even if it's difficult to not follow the way the things are been chosen here, I have prefered to make one page, for character, considering that even if we say "figures", the figures pages are for characters in fact, as RC or others are not stricly figures. For example, I have created a page for fr:Woody (link towards the french version) and not like here two pages Woody and Woody (DUPLO) (not the template at the beginning "It has been suggested that this page or section be merged into Woody (Discuss)"). I think that I will do the same for the Disney Princesses, I already put the infos on the pages fr:Ariel, fr:Raiponce etc and I had make pages for characters that are not DUPLO figures or mini-dolls (fr:Triplés = Merida's brothers, fr:Pascal = Rapunzel's chameleon, fr:Sébastien = "Ariel's crab", fr:Pimprenelle = Cinderella's godfairy, I have created pages but cannot create the pages for the 2014 sets because we don't know the name at this time and it will be a lack of time to rename them after, I prefer make other job. If a people come here and search, he will search infos about "Ariel" and not Ariel (Duplo) or Ariel (mini-doll). Could you at least make disambig pages for the pages like Ariel, to guide people and help the foreign wikis which are not make the same decision as you (for the moment, the interwiki links could not be fixed). There's not attack at all, and maybe later people will vote on the french wiki to dissociate pages as well. Sorry for the length, hope it's clear (I'm not very good in english). See you soon! --Tu-Sais-Qui (talk) 14:20, October 31, 2013 (UTC)

Hi "Pascal the chameleon" ^^ Thank you for the description of the two Cinderella's dresses and in general to verify my little additions to pages and describe them in a better way. I do not forget that I have to write to you about the Friends animals, but these days I have a lot of work in the French wiki. Note that in the Walmart description, 41055 says : "Lucifer the cat and Bruno the dog" for the two animals. See you soon. --Tu-Sais-Qui (talk) 10:21, November 14, 2013 (UTC) (a "she" too, and a "mom")

Thanks for your kind words. Your observations on little details and naming nuisances are very useful and I appreciate them very much. I edit gradually, which must be an inconvenience, but I learnt already not to haste to much in renaming. I wait for descriptions. First the photos - descriptions later.
Animal figures are my favourite but their pages must wait a bit.
By the way - the case of double princesses pages seams to be solved - those characters who appear in both Duplo and mini-doll form remained separated and the names of those with only one variation were shortened. Best regards Szrz (talk) 10:44, November 14, 2013 (UTC)

Hi Szrz, maybe you will be interested to rename page of Friends animals from series 3: they are named on the Friends website, in the quizzes.

If you have time, could you check too my question on this talk page please? I know that you have modified a few time ago the page and now there's two pages, one for the poodle and one for the specific poodle from the set 41007 and this point is now ok, thank you. But do you know exactly where the name "Lady" come from? It doesn't seem to me that there's a real source... --Tu-Sais-Qui (talk) 22:32, November 1, 2013 (UTC)

Thank you for your kind response. I'm sorry for not answering your messages earlier. My net connection is very limited during weekends.

I must confess that I've never checked interwiki links before (since I can't understand French compleatly) and didn't realize that renaming English pages may cause such problems. Mayby making disamb. pages will do the trick. I just have to learn, how to make them.

Now to the Friends Animals. I must admit that LEGO.com descriptions make me a headache. I've noticed the quizzes (I even won) but I'm not sure what is the relation between the names given there to the animals' bios, where no names are given (just like in the previous series). I thought about adding the information about quizz-names in 'Notes' section instead of renaming pages. What do you think about that? Like every collector I just dream about consistant series convention and feel a bit lost.

My recent changes on Friends and Disney pages were aimed to describe different moulds as detaily as possible with variants and names of characters which are using these moulds (if known) but I tried to save as much as possible of the work of my predestors (like animal characters' pages created by Soupperson wchich I didn't fully verify).

Your research on Friends animals is excellent and reliable. It prooves that what is given in Friends merchandise descriptions (games, books, TV shows) is not compatible with the sets' descriptions. I think that mixing named figures with movie characters and games characters cause chaos. It can be seen on some pages where authors tried hard to find a character name to prove the statement that 'all Friends animals are named' which is not entirely true. Now I wonder, where the Lady come from too.

I would suggest avoiding using names in the figures' page titles wherever they are not stated in the official set description (although they are inconsistant too) but putting name variants from other sources in 'notes' section. That's just a suggestion though.

I'll work on adding the missing official LEGO.com descriptions to set pages to make them the base of characters's pages check.

I'm currently working on Headgehog, Parrot and Puppy pages (the last one is difficult because Scarlett uses different mould but is described as a puppy too).

I just hope what I wrote can be understood as English is not my mother tongue.

Just to improve the communication - Szrz is a 'she' not 'he' (so much for keeping my privacy).

Are you Pole? Edit

(I would like to invite you on Polish wiki about LEGO - Legopedia. Your knowledge about LEGO and your very good Eanglish will be very useful for us, because with editors at Legopedia is badly). --~DKK(Dyskusja) 12:20, December 3, 2013 (UTC)

(I treat editing the Brickipedia pages mainly as a language exercise. Thanks for your kind invitation. I can't commit to regular cooperation but I would certainly support and try to help my countrymen).Szrz (talk) 13:13, December 3, 2013 (UTC)

I have received a few minutes ago the notification by email about your change to the Friends page "/* Sets */ I thought that themed books were worth mentioning here but some of the titles are displayed incorrectly. May anyone be as kind as to help fixing that? I can't think of a better solution than changing page names to suit the table layout.". I don't know exactly how this template works, but it seems to me it uses string functions called SUB : when you put a name, it cuts after the first space so with "3061 City Park Café" it gives "3061" (and similar for the other column, it cuts "City Park Café"). But when you give another name like a book name, it's the same, the name is cut with the space. I'm not sure it's possible to use this template with books or other stuff that doesn't have numbers at the beginning. Maybe somebody could help more. --Tu-Sais-Qui (talk) 09:07, December 2, 2013 (UTC)

Thanks for your kind response, Tu-Sais-Qui. I'm glad guessed the same about how the template works. The same template is used for 'other releases' (not all of them have set numbers), so I thought, why not use it for books? Some titles, like most of the 2013 books, are displayed logically and the links work well, but only if the page is titled in a way that there is something to be cut after the first space. I like the general look of the table, but can change it for a list of titles if necessary. Szrz (talk) 09:17, December 2, 2013 (UTC)

Maybe if would be possible to modify the code of this table (a condition "if I say to you "no number" so this first column must be empty and this other one must have the whole title with a link", it doesn't sound impossible to make, but I don't know which admin we should talk about this). Or if it doesn't exist, it would be possible to create another template for stuff that doesn't have numbers. I think too that it's a good idea to have added this table. It's a fast way to see errors or omissions furthermore: I have noticed with your table that the Brickmaster page doesn't have infos about the count of pieces and the minifigures included. --Tu-Sais-Qui (talk) 09:37, December 2, 2013 (UTC)

Hello Szrz, it is not expected that I leave Wikia in order to go somewhere else. But other factors, which have nothing to do with the situation on Brickipedia, have led me wondering if I could go to edit on Wikia. Currently I will continue here to add interwiki for new pages created, I make in parallel other small checks (currently double redirects, missing pieces .. .) and I watch activity, including your contributions which are usually on subjects that interest me also. --Tu-Sais-Qui (talk) 22:02, January 29, 2014 (UTC)

Retrieved from "https://brickipedia.fandom.com/wiki/User_talk:Szrz?oldid=1604246"
Community content is available under CC-BY-SA unless otherwise noted.