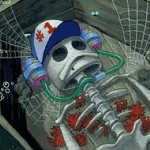 Hi Adventuretimesbiggestfan2000! Thank you for leaving me the message on my talkpage. I would gladly do it. However I need to know at least three colours that you would like me to use. Also an image to help. After that you should expect the award in one week. (Also can I have permission to use your userspace or would you like me to do it on my own and you transfer it!) Thanks!  :D klagoer

Yes just one image that I can use. Thanks! klagoer

It will be done within one week.  :) klagoer

User:Adventuretimesbiggestfan2000\Award Enjoy! If you8 need anything else feel free to contact me.  :D klagoer

why is your avatar pinkie pie?

but im only banned for a week ;) ill make it.

im being unbanned tomorrow. i promise i will be on chat after you get on. ;)

Hey, man. Since you're a Halo follower, I was wondering if you'd like to play some Reach sometime. Just message me back if you'd like to, or, better yet, here's my Xbox Live Gamertag...Av4l4nChE. I hate typing it out. Later, man

OK,man. Hope you can get it fixed soon. Maybe it's on the wrong HDMI channel or something. I don't know too much about the inner workings of the Xbox. Later,man.

Congratulations my man, you are now an official, licensed, state of the art chatmoderator! Darth henry The Dojo Turtles! 02:27, November 15, 2012 (UTC)

Are you still active? Haven't seen you in months. Irnakk Council For Lordaeron!

Retrieved from "https://brickipedia.fandom.com/wiki/User_talk:TheGamingSponge?oldid=1662764"
Community content is available under CC-BY-SA unless otherwise noted.